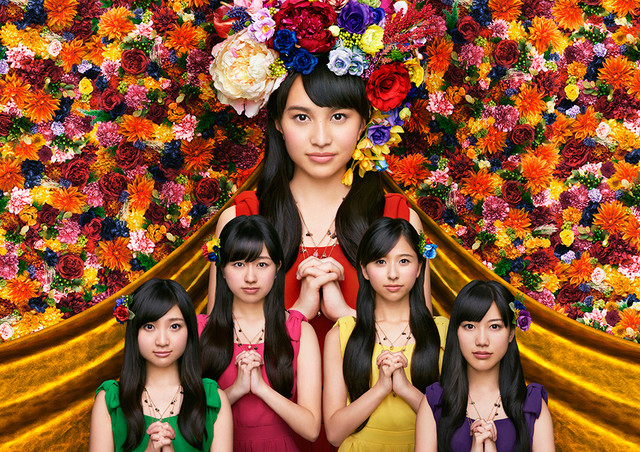 Momoiro Clover Z topped the list with 11.6% of the vote. Even though they failed to be invited to Kohaku in 2015, they did work with KISS on the song “Yume no Ukiyo ni Saite Mina.” This was the first time that KISS had collaborated with a Japanese group. Even though AKB48 sells more, Momoiro Clover Z ranked higher than any other girl group on Nikkei’s concert mobilization power ranking. They also had non-musical activities which increased their media exposure, such as the movie “Maku ga Agaru” and the Suzuki Hustler tv commercials. With no major scandals, the always perky, hardworking group is one that people want to cheer on.

AKB48 came in second with 10.7%. Graduations, the general election, and scandals help keep eyes on AKB48. Rino Sashihara made a comeback and claimed the #1 spot in 2015’s election. She then went on to to be the center for the group’s next single, “Halloween Night.” That single sold 1.27 million copies in its first week. Even though CD sales are down overall in the industry, AKB48 has managed to have 22 consecutive million selling singles. In March, Minami Takahashi will graduate, ending an era. But how will the group fare with the members that made the group popular all gone? It is a cause for worry, but AKB48 is an influential group due to all the related groups they have spawned.

E-girls is third with 10.2%. They’re an outstanding singing and dancing group, whose performance ability sets them apart from other idol groups. They are seen as both cute and cool. They enjoy overwhelming popularity with middle school and high school girls. Ami, the figurehead of the group, is in great demand on variety shows. She also is E-girls’ first member to have a solo debut.