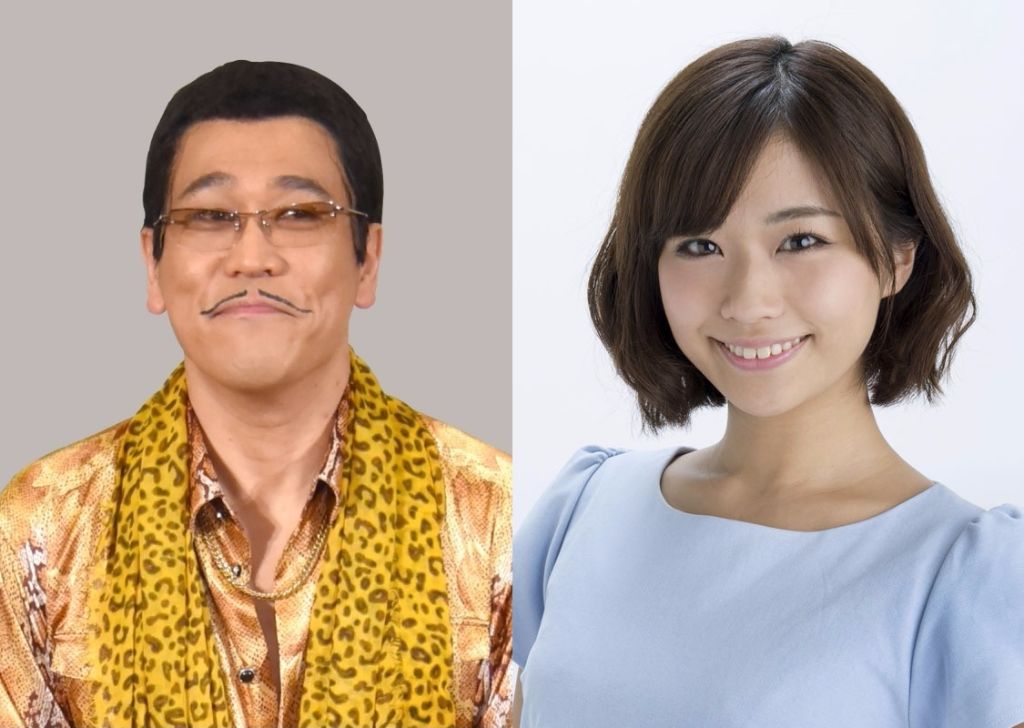 Viral YouTube sensation Piko-Taro, best known for his hit viral song “Pen-Pineapple-Apple-Pen” that literally changed the world for the better, announced Friday he has tied the knot with gravure model girlfriend Hitomi Yasueda.

The 44-year-old comedian, whose real name is Kazuhito Kosaka, and the 29-year-old Yasueda filed for marriage on Thursday, he said on his blog. The two became acquainted through work and had been seeing each other since 2013.

“I will work even harder at home and at work,” said Kosaka in a statement under the alias Kosaka Daimao, who is said to be Piko-Taro’s producer.

Piko-Taro gained international fame with his 45-second viral hit “PPAP” in 2016, entering the world stage when Canadian singer Justin Bieber tweeted about it. The song was recognized by Guinness World Records as the shortest song to enter the Billboard Hot 100 chart, and in July, he performed at the U.N. to promote the organization’s Sustainable Development Goals toward eradicating poverty and inequality.