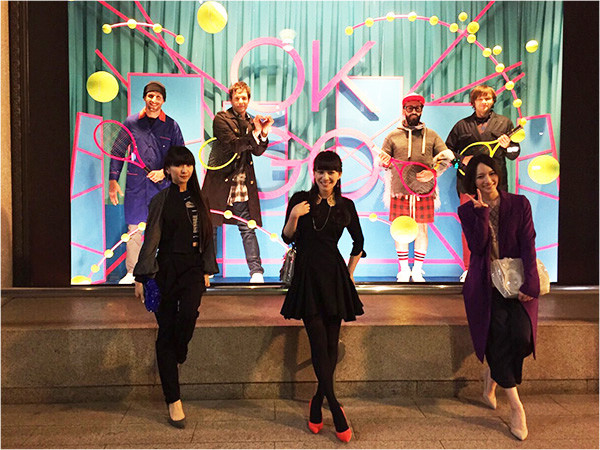 On January 6 at 1 AM, TOKYO MX will premiere its new anime series, “SUSHI POLICE.” It is a 3DCG production which was inspired by true events in 2006 where the Japanese government attempted to authenticate Japanese restaurants overseas in an effort to preserve the quality of Japanese cuisine. This anime is part of TOKYO MX’s 20th anniversary celebration. The poster for “SUSHI POLICE” won The 2015 Cannes Poster Award.

Today, it was announced that Perfume would be collaborating with American band OK Go on the theme song for “SUSHI POLICE.” The song is titled “I Don’t Understand You” and the collaboration unit is dubbed “OK Go x Perfume.” “I Don’t Understand You” is arranged by Yasutaka Nakata. It also marks the first time Perfume has collaborated with another artist since 2005, when they worked with DJ momo-i on the song “Akihabalove.”

There’s a lot of love between Perfume and OK Go. They were both fans of each other before meeting. Perfume appeared in OK Go’s 2014 music video for “I Won’t Let You Down.” OK Go then returned the favor by appearing in Perfume’s video for “Pick Me Up”, which came out last year. OK Go attended Perfume’s 2014 Los Angeles concert. They groups talked to each other after the show, which is shown in Perfume recent documentary, “WE ARE Perfume -WORLD TOUR 3rd DOCUMENT.”

There currently isn’t any world on when the new song will be released, or if it will appear on Perfume’s upcoming album.