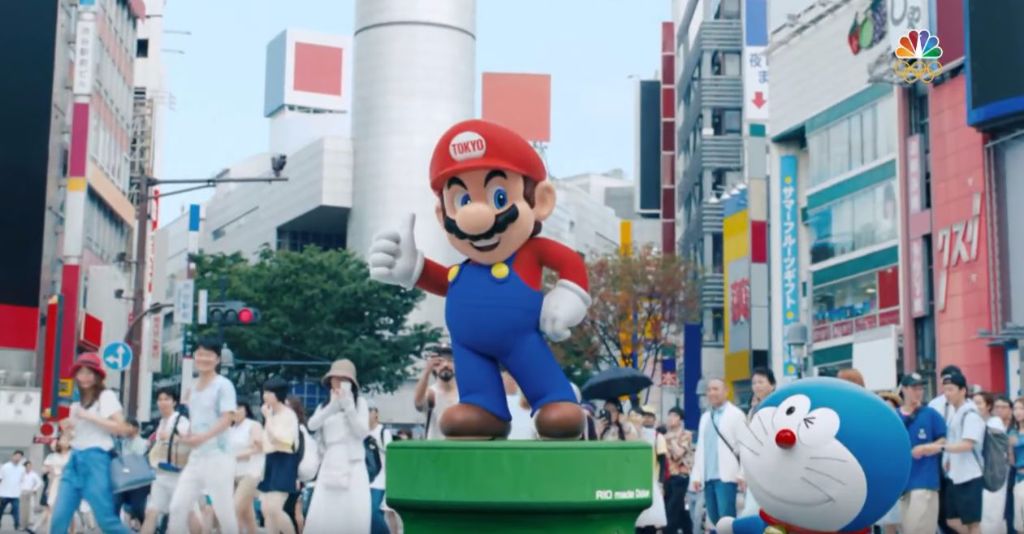 After a stirring Olympics these past few weeks, the 2016 Rio Games have finally bowed out. Which means only 3 years and 11 months until the Japanese capital commences with the 2020 Summer Olympics games! We’re already counting down.

The closing ceremony of the 2016 Summer Olympics was held earlier today despite the rain at the Maracanã Stadium in Rio de Janeiro.

The event included a video introduction to the 2020 Tokyo Games—an exciting, fast-paced trailer that presents characters from Japan that are beloved all over the world: Super Mario, Doraemon, Hello Kitty, Pacman, etc. It also features a quick appearance by the dance duo AyaBambi.

In the video, Doraemon places a green pipe in which Mario, as expected, jumps into. An animation shows drilling through the earth all the way to Maracanã Stadium, where the pipe emerges.

A figure dressed as Mario pops out and quickly loses the disguise to reveal none other than the prime minister of Japan—Shinzo Abe—holding a bright red ball in his hands.

The flag was lowered, where the mayor of Rio de Janeiro then gave the flag to the head of the International Olympic Committee, who handed it over to the Tokyo governor, Yuriko Koike, donning a muted kimono.

The 2020 Games were awarded with the expectation that Tokyo, one of the world’s richest, most recognizable, cosmopolitan cities, would be a model of global efficiency and run more smoothly than they have in Rio, but there’s also worry in Japan whether the Olympics will further drag down their economy that has been struggling for past few decades.

But based off their closing ceremony presentation, their opening ceremony should be quite the spectacle, filled with every possible pop culture reference relating to Japan that you can think of.

See you in Tokyo!