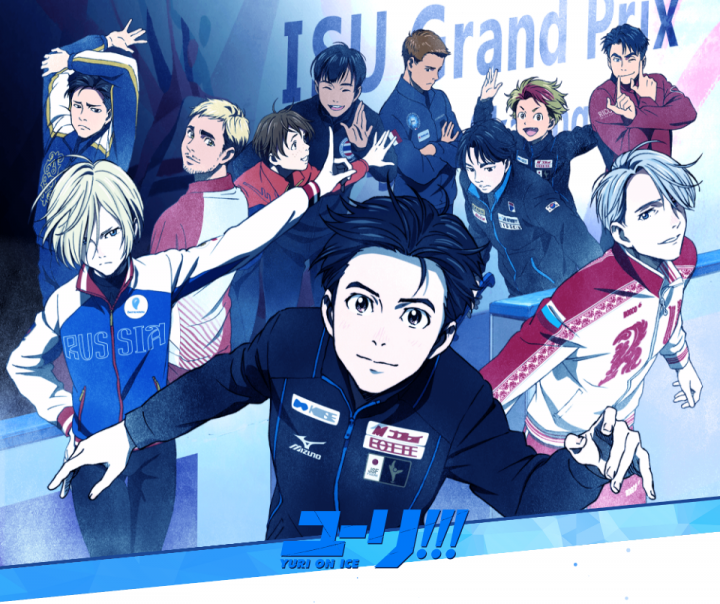 Can you hear my heartbeat? Tired of feeling never enough?

Massively popular anime series Yuri!!! on Ice has been garnering fans from around the world since its premiere in the Fall 2016 season.  Centering around the competitive figure skating career of Japanese male figure skater Yuri Katsuki and coach/gold-medalist Victor Nikiforov, Yuri!!! on Ice has captured the hearts of anime fans, non-anime fans, and even real professional figure skaters such as Johnny Weir and Evgenia Medvedeva.  The series’ first season came to a conclusion on December 21, and the internet is buzzing!!

The Kadokawa Ascii Research Laboratories content and information trend analytics company released their research on the the most tweeted anime of the Fall 2016 season.  The data collected reflect the time period from November 24 to December 14.

Yuri!!! on Ice is the clear victor (pun INTENDED) of this season and potentially this entire year in terms of tweets.  The creator, Mitsurou Kubo, frequently tweeted as well in order to update fans of what to expect in upcoming episodes.

How did you enjoy Yuri!!! on Ice? Was YOI born to make history? Let me know your thoughts!!

Personally, I am still SHOOK from the season finale and I just wanted to create a post for fellow fans of YOI to congregate and discuss this blessing of an anime.