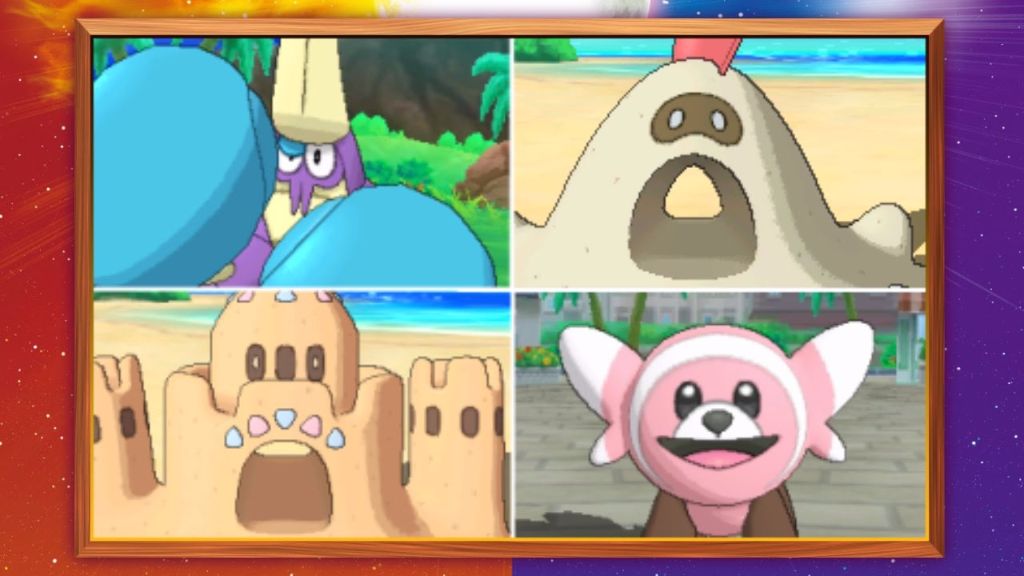 Pokémon recently released two new trailers revealing even more Pokémon for their latest installment. While the trailers only give you a glimpse at new Pokémon, the ones revealed are just as interesting as the others. Feel free to catch more details and descriptions after the break! 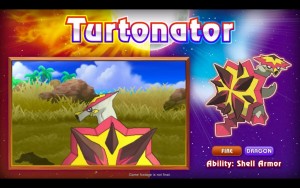 Turtonator is a new Blast Turtle Pokémon. It is said that Turtonator lives on volcanoes and feeds on sulfur and other materials found near volcanic craters. Its shell has a layer of explosive material. When something strikes the shell of this Pokémon, sparks fly from its horns and ignite an explosion! 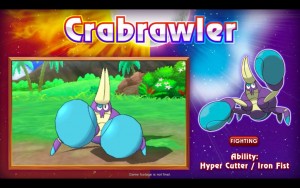 Crabrawler is a Boxing Pokémon. They have a very competitive personality and they aim to not only have a higher level in social standing, but also a higher level in landscape. You can often find these Pokémon clinging to tall people or the walls of buildings! However, when you try to remove them against their will, you’ll be met with a sound punch. 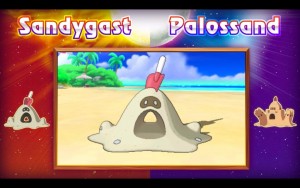 Sandygast is a Ghost and Ground-Type Sand Mound Pokémon. In a sense, it is a possessed lump of sand that forms from grudges of Pokémon that soak into the sand after falling in battle. When removing the shovel on its head, you fall under the Pokémon’s control. It often tricks children into gathering sand to increase its size. Their tunnel-like mouth can suck the vitality out of people and Pokémon! It is a test of courage for the people of Alola to put their hand in a Sandygast’s mouth. 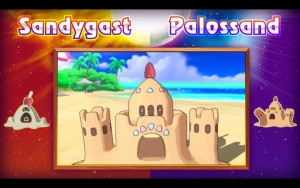 Sandygast’s evolved form, Palossand, is a Sand Castle Pokémon. Similar to Sandygast, Palossand controls human adults, making them build a sand castle that provides camouflage and raises its defensive abilities. They love the vitality of Pokémon and drag small Pokémon into its body so it can steal their life force. Its sandy vortex instantly swallows them up! 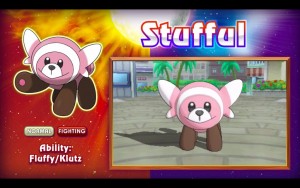 Stufful is a Stuggle Pokémon that is extremely popular in Alola for its cute appearance and fluffy fur. However, while small in size, the Pokémon possesses great strength. Receiving a hit without being prepared can bring down even well-trained Pokémon!