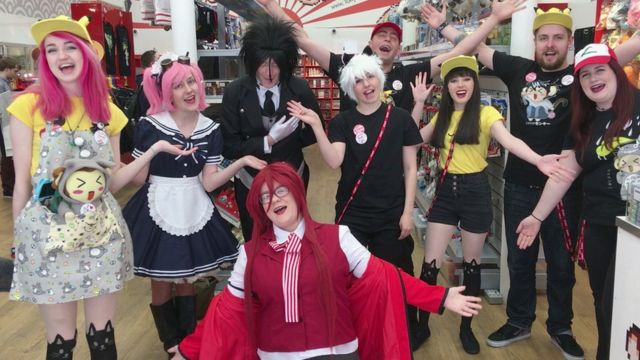 The BBC recently profiled a small business in the UK. The company is called TokyoToys, and it recently opened its second shop in Glasgow, Scotland, after having success at its first location in Birmingham, England. The stores sell manga, anime, and related merchandise. TokyoToys was founded by Hideki Nguyen, and employs an enthusiastic staff, including some cosplayers. The staff has noticed though that the stores also attract a special kind of customer: those on the autistic spectrum. Store supervisor Brendan Doig, who is on the spectrum, then explained why this may be.

So readers, what are you thoughts on this topic? In your experience, have you found that autistic people respond well to manga, anime, and related things?