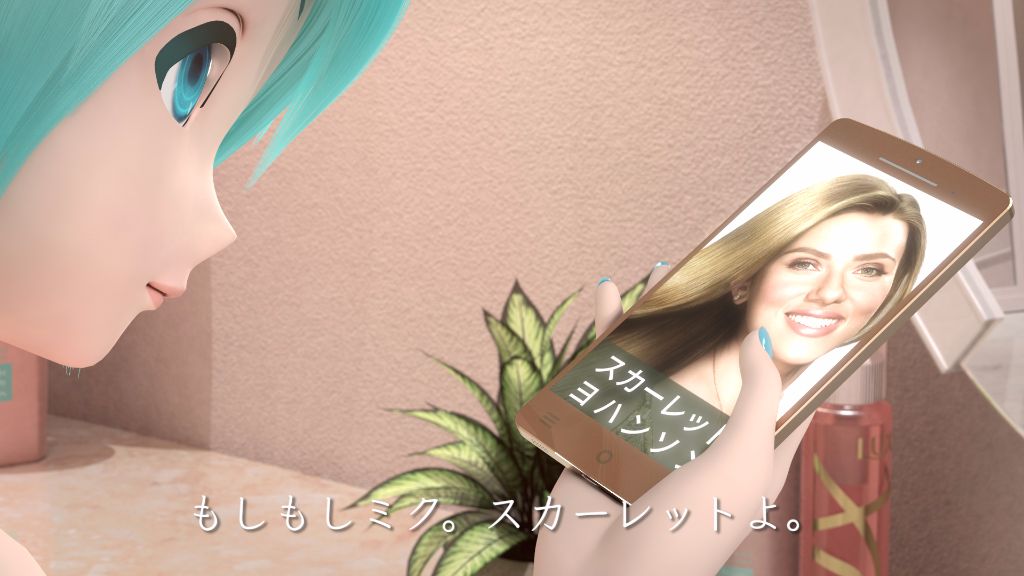 The release was preceded by a 3D-rendered press conference announcement earlier this week.

The new commercial depicts the musical icon abandoning her classic twin-tails hairstyle in favor of straight, silky hair, in hopes she could emulate Johansson’s sex appeal.

In one of the CMs, Miku is on a city street with European architecture when she looks up and sees a LUX shampoo and conditioner advertisement starring Johansson. After she lets down her hair, she performs at a concert venue full of fans excited to see her new look.

“Hi Miku, this is Scarlett. Be true to who you are makes all your dreams possible [sic],” the actress inspires in a phone call to Miku backstage.