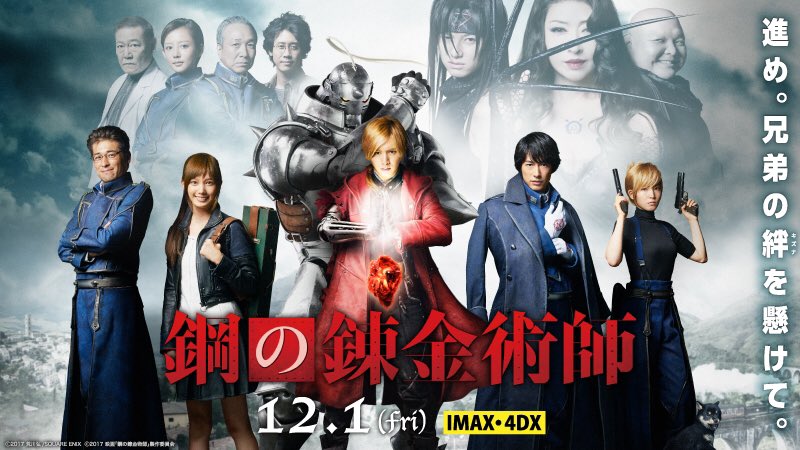 If you are planning to watch the upcoming live action film “Fullmetal Alchemist”, you’re in luck! After making its premiere at The 30th Tokyo International Film Festival last October 25, it was announced that the highly anticipated film will open in over 190 countries including the United States and Europe. It will be the widest international opening for any Japanese film.

As previously announced, the film will premiere in the US at Anime NYC on November 19, as the event’s closing film. In Japan, “Fullmetal Alchemist” will open in over 400 screens on December 1, the largest screen count in the history of Japanese films.