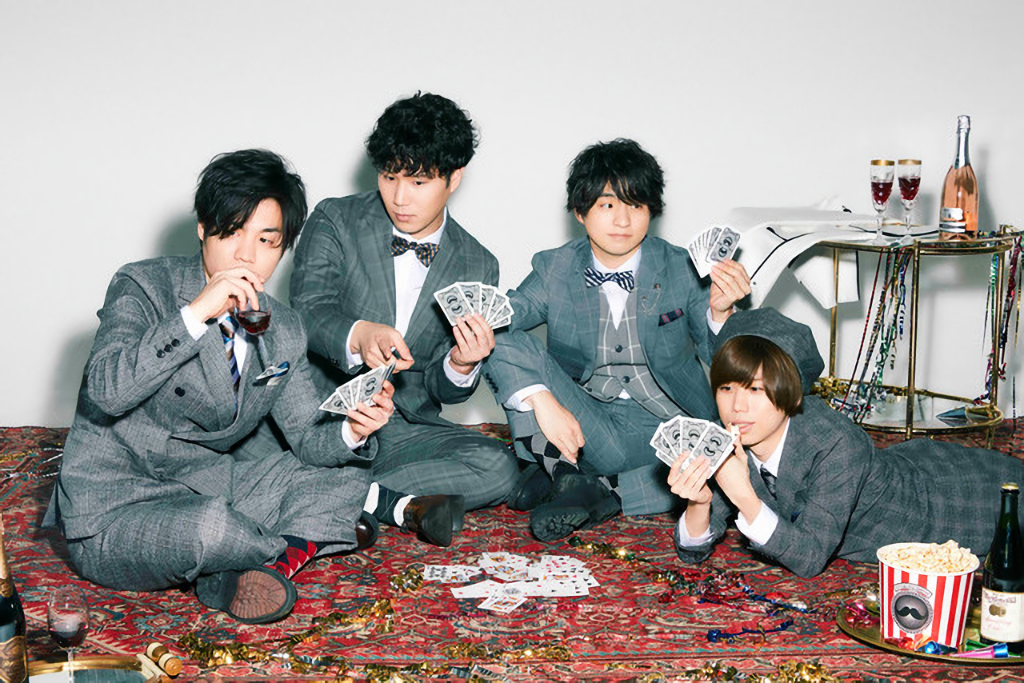 The song talks about lies and deceit; a step away from Higedan’s typical themes of love and heartbreak. The four members play a game of cards behind the bars of a colorful, pastel cell, surrounded by dancing prisoners. The scene changes from the friendly jail cell to a dark prison, which the four eventually escape to under the vigilance of the warden.

No Doubt is the theme song for the currently airing FujiTV drama The Confidence Man JP. The band decided to release the single without any warning in order to excite fans, and encourage others to listen to it. Following the announcement, there was a limited physical release of the single. The song also appears as the second track on Higedan’s first full album, ESCAPARADE, released April 11th of this year.

The Confidence Man JP follows a woman and her partners in crime, who work to steal money from certain targets through fraud. The drama started April 9th, and is broadcast Monday nights at 9:00 JST.

Check out the MV for No Doubt below!