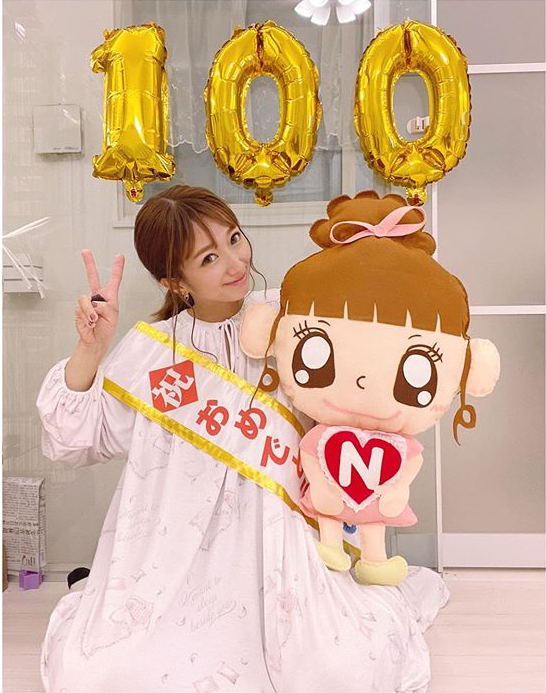 Japan’s Mama Nozomi Tsuji has reached a new milestone in her career, she has surpassed 1 million followers on Instagram!

The former Morning Musume, Minimoni, W, and Gyaruru member naturally made a celebratory post posing with a set of gold numbered balloons, and a stitched cartoon plushie of herself. The last photo sees Nono bowing in gratitude. She has the highest amount of followers for any former, or current members of Hello!Project.

In the caption she simply thanked her fans for helping her reach 1 million, and made liberal use of a variety of hashtags. 20 to be exact!

Since making her return to the entertainment industry after having her first child Noa, Nono has had an extremely strong presence on social media. She set numerous records on on the blogging platform Ameba, and was inducted into their hall of fame due to the traffic she brought.

Back in May she officially became a YouTuber and has already amassed nearly 300k subscribers. This year also saw her reunite with Kago Ai on stage for the first time in 13 years.