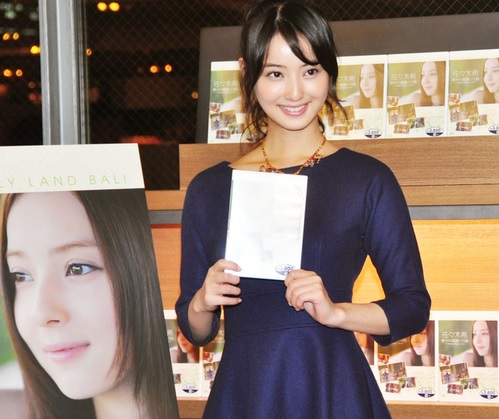 Nozomi Sasaki attended the launch event for her new Documentary DVD “Bali Paradise of Gods~ Balinese Dance”, which was released last October 1. For the filming, Sasaki stayed in Bali, Indonesia for two weeks. The cameras chased her while she learns the traditional Balinese dance that was handed down from ancient times.

During the event, Sasaki appeared in a one pice navy blue dress. Sasaki who visited the locals a year and a half ago commented “I’m happy to be able to finally deliver it in the hands of everyone” Recalling her experience of learning the Balinese dance she says “It was tough but there is also a sense of accomplishment”.

The trailer for the DVD, which sees her swimming, trying on traditional outfits and food, and interacting with locals among others, was also released.