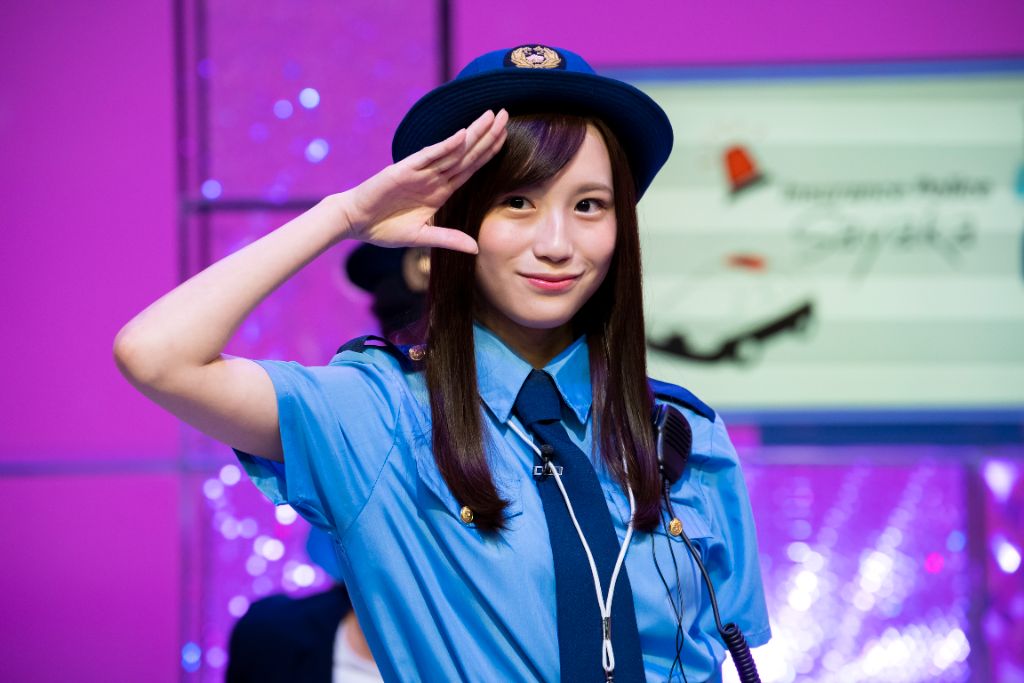 Sayaka Kakehashi, a fourth generation member of Nogizaka46 has been reported to have fallen from the stage during the Tokyo date of the groups midsummer national tour held on the 29th. On the same day, her current status was announced on the official website by management.

According to the official statement, Sayaka fell down from the stairs during the performance and suffered minor injuries. Witnesses say that the area in which she fell from was about 2 meters above where the photographers were seated. She was immediately examined at the hospital for safety precautions, and was reported to be able to communicate during the process.

Management added that considering the impact of her injuries, Sayaka will not be participating in the rest of the shows from the tour and that they will continue to operate the concerts with safety measures as the top priority.