First generation Nogizaka46 member Kazumi Takayama is potentially going to do a first in the idol industry, releasing her very own book on financial investments! Besides kendo and her strong vocal abilities, Takayama has become somewhat notorious among fans and her group mates for how well she handles her money.

The book is a collaboration of sorts between Takayama and the famed investor Taizen Okuyama, who has been particularly successful with his gold investments. Under his guidance, Takayama attempts to make the most out of a 2 million yen capital investment. It teaches the valuable lessons “What’s the difference between investment and gambling?“, “How do you buy cheap but sell high?“, and what the “essence” of investing is.

The book begins in July 2016 and follows her journey until the beginning of 2017. Takayama overcame various challenges, most notably when Donald Trump was elected President of The United States. His win caused gold to sharply decline, so what did Takayama do to overcome that? Read the book to find out! 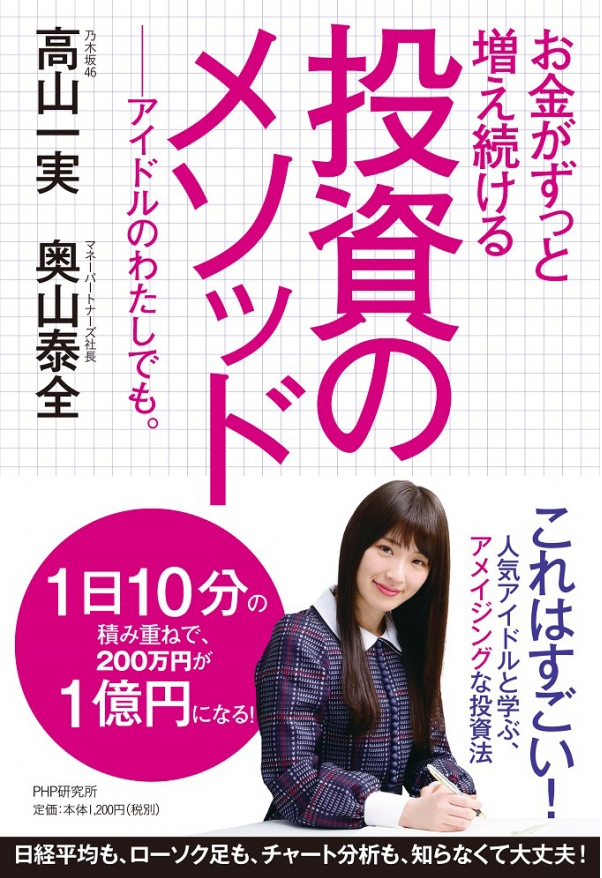