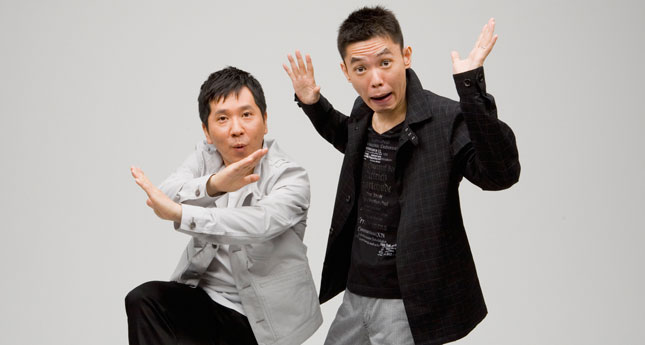 The New Year’s show was “Hatsu Warai Touzai Yose 2015,” and aired on NHK, Japan’s publicly owned broadcasting organization, on  Jan. 3. Bakusho Mondai were the announcers and hosts of the show.

The show staff checked over their routine before the show and decided that all jokes about politicians would be cut, Bakusho Mondai said during the radio program.

“The said they were all no good. I got angry about that,” Tanaka Yuji, half of Bakusho Mondai, said on the radio.

Ota Hikari, the other half of the duo, said he did not want people to misunderstand. “There was absolutely no political pressure. I think the station was trying to avoid problems and practiced self-restraint,” he said. Tanaka said that he feels that the self-restraint by television stations is getting stronger.

Momii Katsuo, president of NHK, said on Thursday that he heard about the incident from the newspapers and was not involved. Momii also said that he generally thinks that “jokes using politician’s names have no class.”