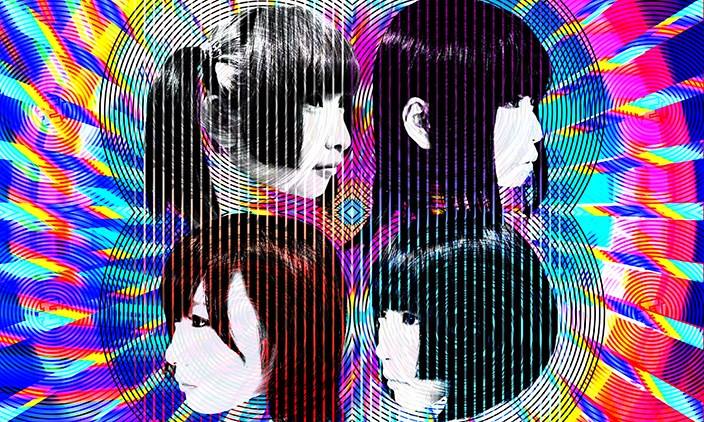 The video shows the four members playing the role of restaurant waiters, but they’re clearly not into this kind of job; as you would expect from Yurumerumo!, things get weird pretty soon, precisely when they start hypnotizing people and leave the whole restaurant in a state of trance where customers dance and jump like zombies. Then they serve them food of questionable quality, like weirdly-colored fish and soups, something that – for whatever reason – turns the restaurant into a club. Because why not.

“MoiMoi” is a noticeably calmer number if compared to the unit’s previous works, with a catchy chorus that brings a weird retro vibe alternated with occasional guitar solos, that expose even more the weird and slightly disturbing retro vibe emanated by both the track and the video.

Yurumerumo!‘s new mini album “Discopsychedelica” is out now. Be sure to catch the Music Video for “Moi Moi” down here!