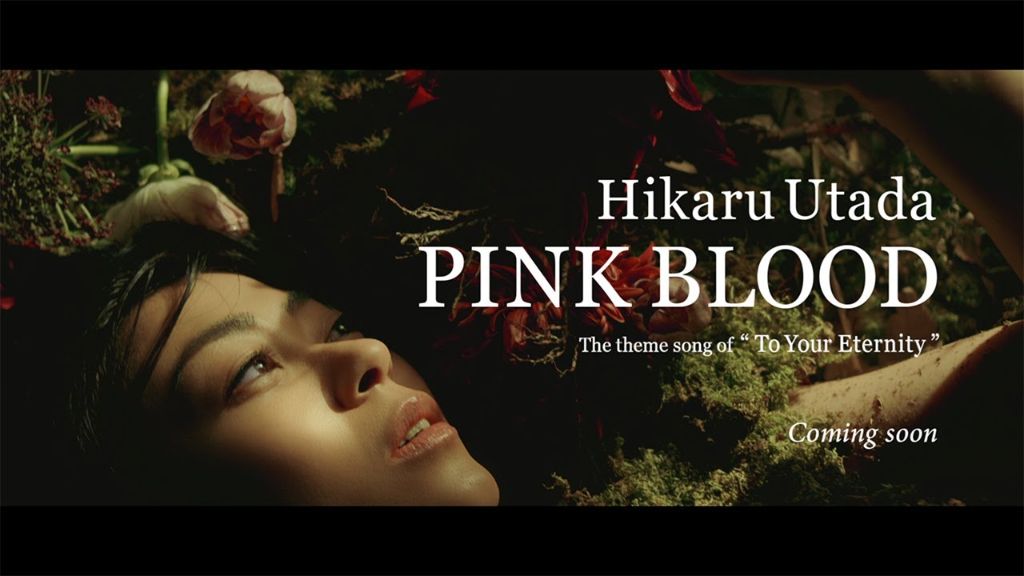 Singer Hikaru Utada has a released a teaser for her latest digital single titled “PINK BLOOD“. The song will serve as the official theme for the NHK anime series “To Your Eternity“, this is the very first time Hikki has provided a theme song for an anime television series.

“To Your Eternity” is based off of the manga series by Yoshitoki Oima, it is currently being published in the popular magazine “Weekly Shonen”. To celebrate the broadcasting of the series, a special teaser for “PINK BLOOD”s MV was released on YouTube.

Check out the long, detailed, teaser below!

A release date for “PINK BLOOD” has not been revealed yet, along with a premiere date for the full MV. Further details are expected to be shared on her official website shortly.