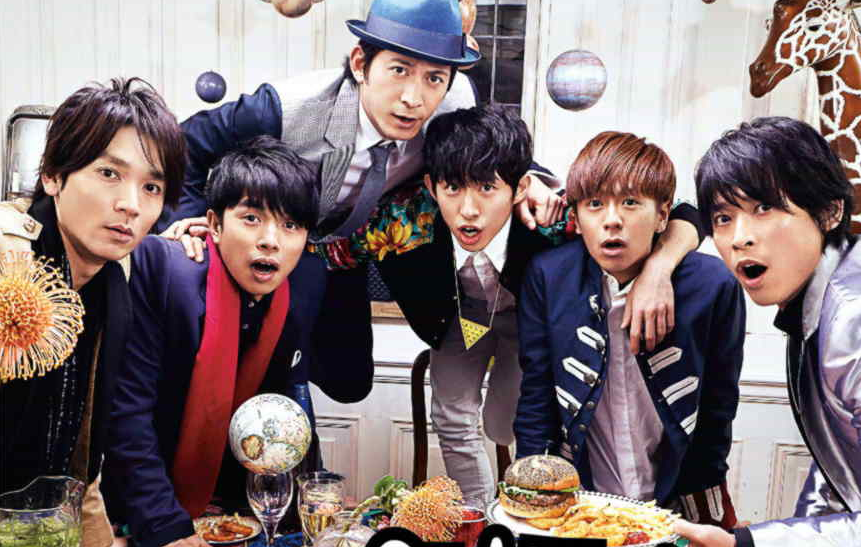 V6 has announced the release of their 20th anniversary single round 1 and tour. This single has a theme of “bonds” throughout its songs. “Timeless” is the theme song for the 10th installment of the TV Asahi drama series “Keishicho Sosaikka 9gakari” featuring member Inohara Yoshihiko. The music video features both V6 dancing to a medium ballad, and costumes specialized by each of the members to their own exacting tastes, so it’s a must-see.

The dance song “SPOT LIGHT” can be enjoyed by everyone together, expressing tight bonds in the form of V6 singing about their feelings and gratitude toward all their supporters. In the music video, you can enjoy V6 dancing their hearts out in a concert-style format!

In addition, the group has released details of their upcoming tour “V6 LIVE TOUR 2015”. The tour will cover 15 performances from August 30 – November 1, kicking off at Hokkaido Prefectural Sports Center, and ending with a 4-day concert at Yoyogi National Gymnasium. Johnny’s net and Johnny’s web will be taking requests of what songs fans want V6 to perform during this tour, until April 20th at 12:00 pm.

Check out the single and tour details below.