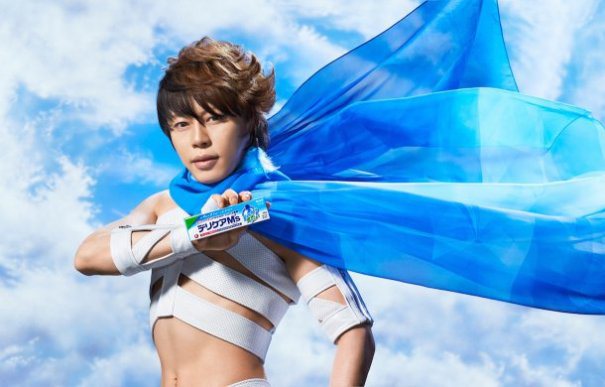 The PV for T.M. Revolution’s ‘Phantom Pain’ is out on his official Youtube channel. It was coined as the ‘crotch song’ by Takanori Nishikawa himself when he introduced it via a tweet- “Please enjoy it with your whole body! #Crotch song”. It was nicknamed as such because the song was used as a CM song for Delicare M’s, a cream used to stop itching around male genital area. It can be remembered that he also nicknamed his previous single ‘Tsuki Yabureru – Time To SMASH!’ as the ‘Boob song’.

The PV features the exact same scene as on the commercial, but with the lyrics changed from “I want to scratch, but I can’t”. Don’t get fooled by the premise of the song though as the PV concept deviates far from  it and instead presents a very tragic love story to suit the mood of the song.

The single will be released on September 3.

The video in his official YouTube account is unfortunately not available outside Japan, but here’s another source for the PV: