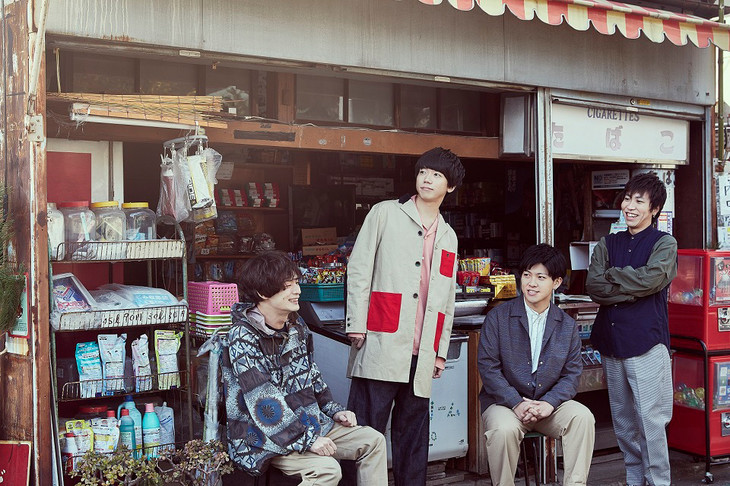 Early in the year, pop-rock band sumika announced that they would be releasing their second full-length album “Chime” on March 13th. Now that several weeks have passed, the group have chosen to reveal all of the details about the record online.

“Chime” will include the band’s previously released tracks “Fiction”, “Persona Promenade”, “Fanfare”, and “Haru Natsu Aki Fuyu”, as well as ten new songs – including JR SKISKI CM track “White March” – for a total of 14. The album will be issued in two versions, with the Limited Edition to come packaged with a DVD containing a special studio live.

Read on below to find not only the cover and track list for “Chime”, but a preview of new song “White March”.