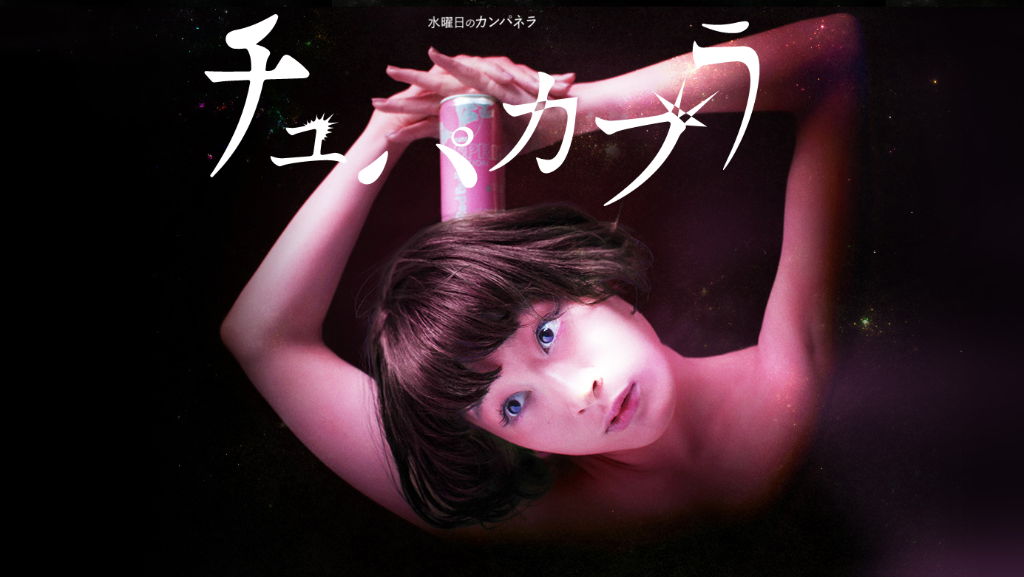 Just a couple of hours ago Suiyoubi no Campanella‘s YouTube channel has uploaded a new MV titled チュパカブラ (Chupacabra). Chupacabra (literally “goat-sucker” in Spanish) is the name attributed to an urban legend monster which it’s said to wander across fields preying on goats and other sorts of livestock to drink their blood. This track is used as promotional song for Suiyoubi no Campanella’s collaboration with Red Bull in which they have released a new can: “Red Bull Spring Edition Sakura Flavour”. This edition is characteristic for its softer and sweeter flavour, even though the promotion they have given to the drink makes us think the main ingredient is goat blood. In the MV we can see how a curious KOM_I gets into a truck where a group of three scientists (being KOM_I herself one of them too!) take blood out from her, transforming her into a Chupacabra. Check out the cryptic video just after the jump!