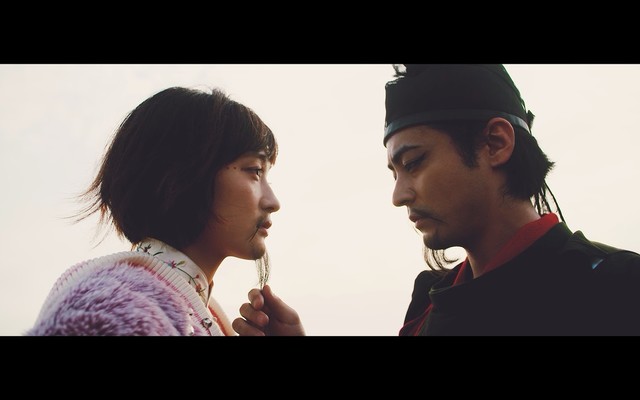 On November 11, Suiyoubi no Campanella will release their new album, “Zipang.” Today, they released the music video for the album’s 8th track, “Ono no Imoko.” In keeping with their use of historical references, “Ono no Imoko” is named after the famed politician and diplomat of the Asuka Period. He worked for Japan’s rulers during the late 6th and early 7th centuries. In the clip, Suiyoubi no Campanella’s frontwoman Koumai wanders around a field before coming across a man dressed as Ono no Imoko (played by Yamada Takayuki), along with his staff. Dancing ensues and Koumai soon has facial hair that mirrors that of Ono no Imoko’s. Check it out after the jump, along with the album’s tracklist!