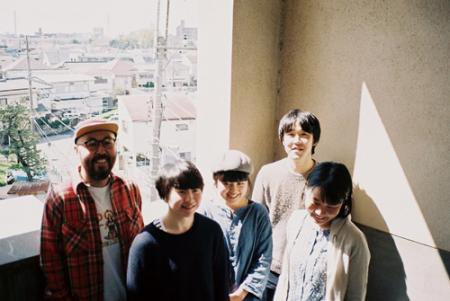 In 2011, 5 classmates at Tokyo’s Kuwasawa Design School formed a band. They named that band Suichuzukan. They released a demo, “Fureru Tokoro, Sasaru Toge”, the following year. In 2013, they released a polished version of that demo, along with a few new tracks, as their first mini album. That same year saw the band perform at Fuji Rock Festival on the buzzy “Rookie A Go Go” stage, following in the footsteps of bands such as Quruli, ASIAN KUNG-FU GENERATION, and Sambomaster. Last year, they released their debut single, “Nami.” Now they’re about to release their first full album.

On July 2, Suichuzukan will release “198X.” The album will have 10 tracks. Ahead of the album’s release, the band has released the music video for the album’s 4th track, “Sakura no En.” The music video is composed of clips of the band in nature and in the city, with some psychedelic effects at times. Check it out after the jump along with the album’s cover and tracklist!