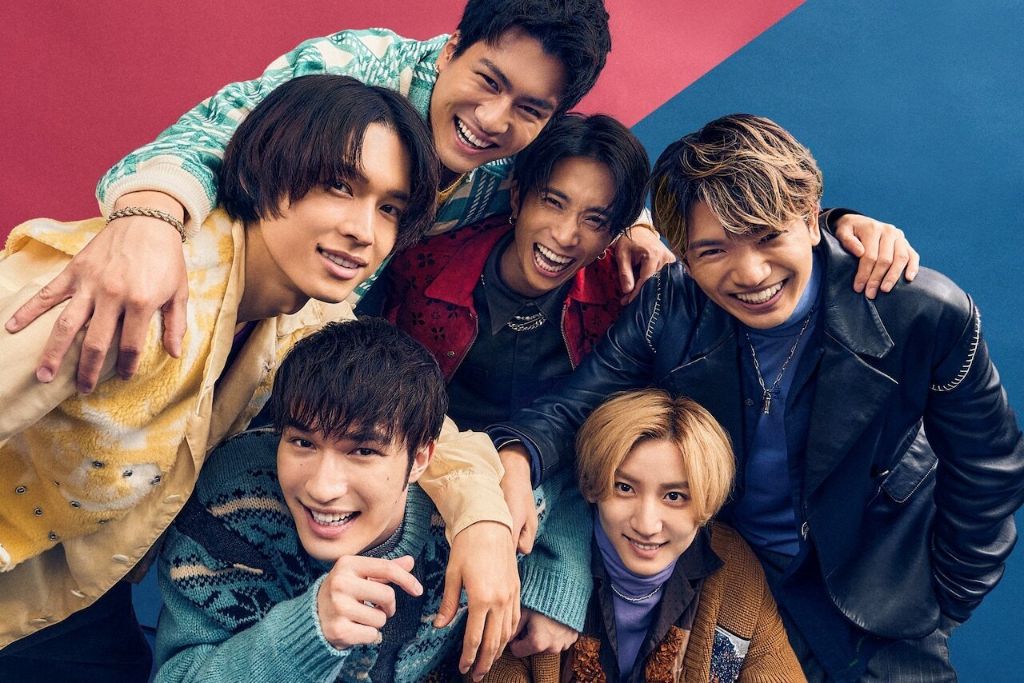 The first A-side serves as the theme song for the TV Asahi drama “Saisho wa Paa”, starring group member Jesse. In the drama, he plays the role of Tonegawa Gota, the son of a politician who enters a comedy training school with the aim of being a comedian. “Good Luck!” has the message of continuing to be yourself and do your best even if you’re failing or not cool. Jesse describes the song the most energetic work in SixTONES’ discography.

The second B-side serves as the theme song for the Nippon TV drama “Tsuka no Ma no Ichika”, starring group member Kyomoto Taiga. The drama is based on the Tadano Natsu manga of the same name. Taiga plays the role of Yurugi Akifumi, a philosophy professor who has a limited time left to live. The drama is a love story between him and a student, played by Fujiwara Sakura, who is in a similar situation. “Futari” is a pure love song that is both sad and warm. Taiga said that the song expresses the feelings that are at the root of the drama.