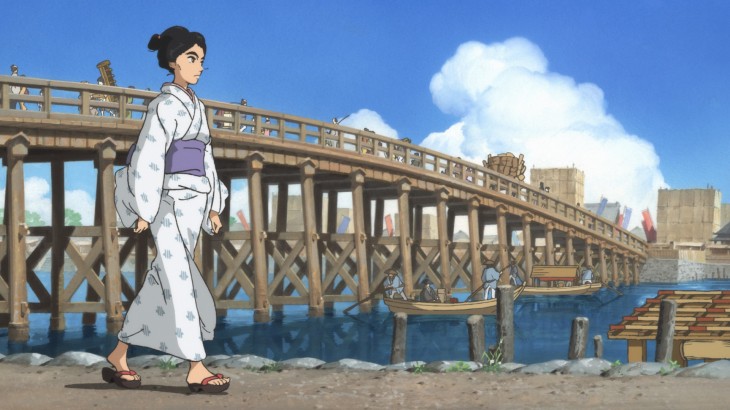 On May 13, Shiina Ringo will release her new digital single “Saihate ga Mitai.” “Saihate ga Mitai” is a song that Ringo wrote and composed for enka icon Sayuri Ishikawa’s 2014 album “X -Cross II-.” Ringo is now releasing her self-cover, after having performed it on her tour late last year. “Saihate ga Mitai” will serve as the theme song for the anime movie “Sarusuberi ~Miss HOKUSAI~”, out May 9. This will be the first time in Ringo’s 17 year career that she’s done an anime theme. “Sarusuberi ~Miss HOKUSAI~” is based off of the 80s manga “Sarusuberi.” It recounts the life of Oei, the daughter of famed Japanese artist Hokusai. Oei often helped her father create his works but she was not credited for them. Oei will be voiced in the film by Anne, with her character’s father being voiced by Matsushige Yutaka.

Ringo will release “Saihate ga Mitai” to Recochoku and iTunes worldwide. On the same day as the release, she’ll also release a limited edition towel via Tower Records that features the same print as the digital single’s artwork.

Check out the single’s artwork, the towel, and the trailer for “Sarusuberi ~Miss HOKUSAI~” after the jump!