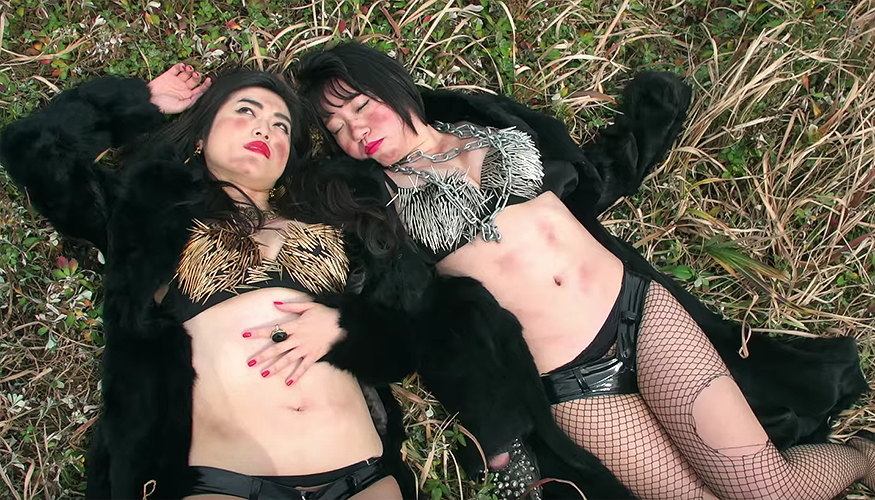 On February 15, Bed In, also known as “Sexy Underground Idol”, will release their 1st major single “Otoko wa Aitsu Dake Janai”. The duo formed in 2012 and debuted with a self-released photobook in 2013, consequently making a music debut in 2014 with “Wake Ari DANCE Tatetsuite / POISON”. 2016 saw the release of their debut album “RICH” that paid homage to the sound of the 80’s and the idol / economic boom. The upcoming single is a successor to their earlier tracks, offering the “harder” side of Mai and Kaori.

In the music video, the duo is rocking it out on the seaside assisted by a backup band. The subplot deals with them trying to leave the area after being rendered unconscious and unsuccessfully hitchhike. Watch the MV and see the single track list and cover below. 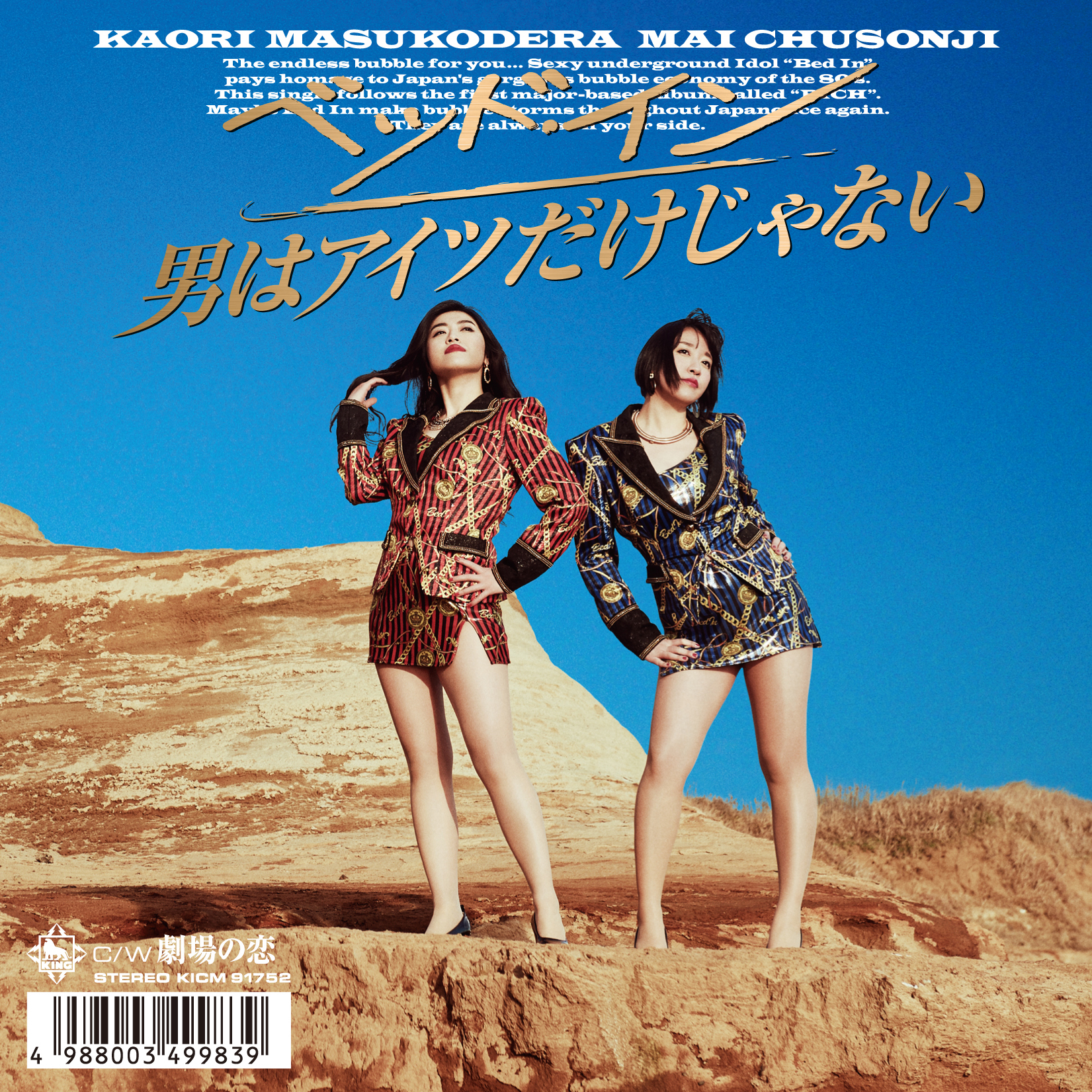 DVD (Live performances from the tour in support of “RICH” 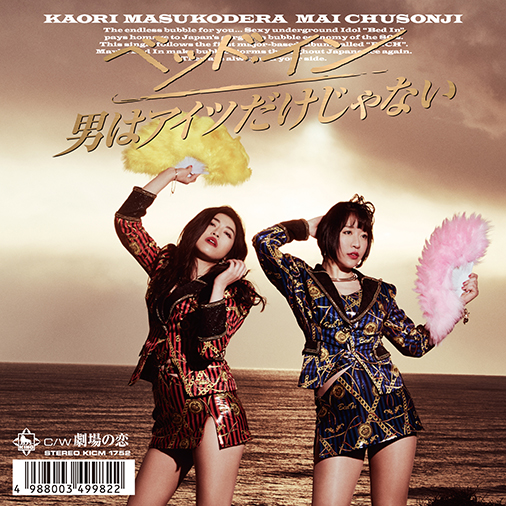