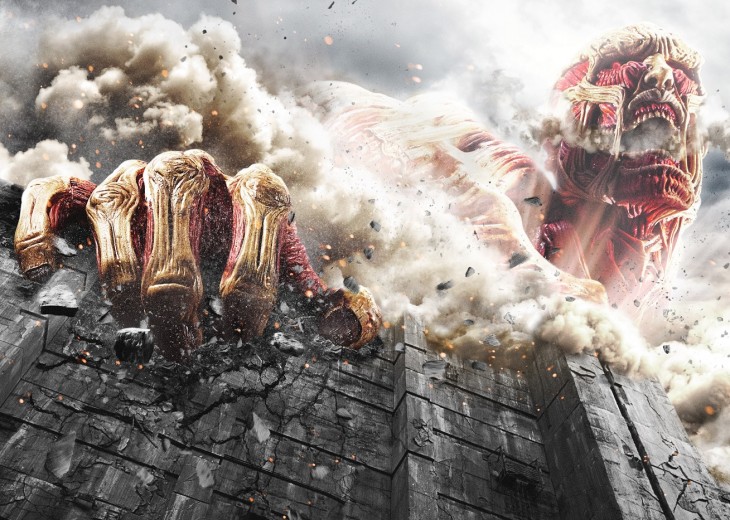 Wildly popular pop-rock band SEKAI NO OWARI have announced that they will be providing the themes for the two live-action movies based on the equally popular “Shingeki no Kyojin” (“Attack on Titan”) manga series.  The first of these two songs, “ANTI-HERO” will be released as the band’s latest single on July 29th, while the second (“SOS”) has yet to have its release date decided.

“ANTI-HERO” consists of lyrics written by the band’s vocalist Fukase and was produced by Dan the Automator, famous for his work with Western bands Gorillaz and Kasabian.  Meanwhile, “SOS” will feature lyrics written by the group’s pianist Saori and will be produced by Ken Thomas, known for his collaborations with Icelandic post-rock band Sigur Ros.  Of note, the lyrics for both songs will also be completely in English, a first for the band.

The first of the films, simply titled “Shingeki no Kyojin ATTACK ON TITAN” is due out in Japanese theaters on August 1st, while its follow-up “Shingeki no Kyojin ATTACK ON TITAN End of the World” will hit the silver screen a month and a half later on September 19th.  Please look forward to our continued coverage as the release of both the films and the songs draws closer.