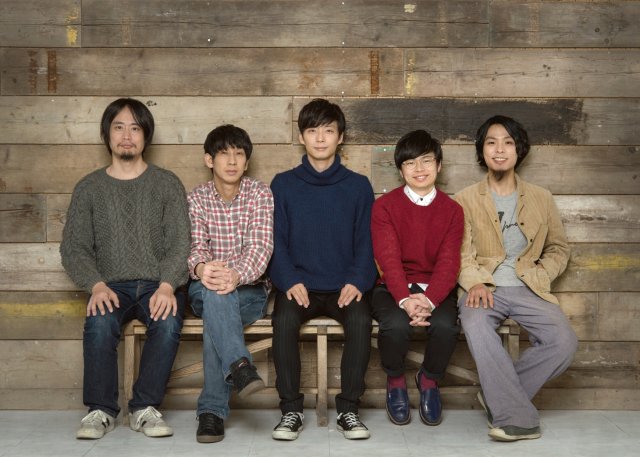 On April 8, instrumental band SAKEROCK will release their 5th and final album, fittingly titled “SAYONARA.” This album sees keyboardist Nomura Takuji and bassist Tanaka Kei returning to the band after previously leaving to pursue solo activities. The band’s leader, Hoshino Gen, wanted to reunite the band for one final album and show before calling it quits. SAKEROCK will officially end its 15-year run with a final show on June 2 at Tokyo’s Ryogoku Kokugikan, titled “LAST LIVE ‘ARIGATO!'”

The band has now released the music video for the album’s title track. The video for “SAYONARA” finds SAKEROCK jamming out for one of the last times on a rooftop overlooking Yokohama. This video can be seen after the jump along with the album’s cover and tracklist.

In related news, Hoshino Gen will release his new single “SUN” on May 27. “SUN” is the theme song for the Fuji TV drama “Kokoro ga Pokitto ne.” The drama, which debuts on April 8, stars Sadao Abe, Kiko Mizuhara, and Naohito Fujiki. A clip of the song can be heard after the jump!