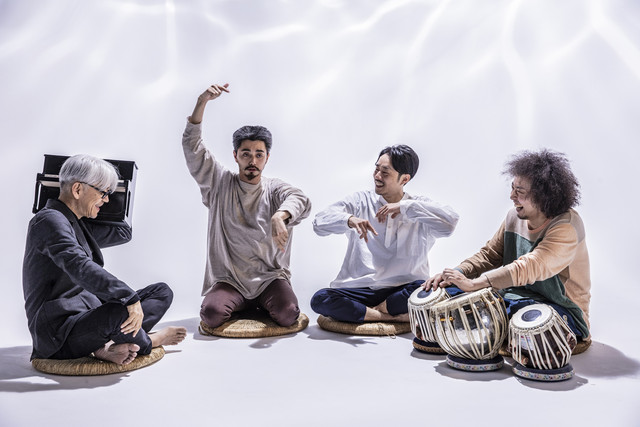 In September of last year, Ryuichi Sakamoto and U-zhaan released a new version of Sakamoto’s 1998 song “energy flow”, titled “energy flow – rework.” A new version of the reworked version, “Energy Flo”, is set for digital release on April 26. This new version features Tamaki ROY and Chinza DOPENESS, as U-zhaan intended for his first rework of the song. A music video for “Energy Flo” has been released as well. The clip features all four musicians in a bathhouse.

In related news, another of Chinza DOPENESS’s projects, FNCY, released their new digital single, “DRVN'”, on April 12. The song is part of Honda’s “Me and Honda” promotional campaign. Ahead of the release of their debut album on July 10, FNCY has released the music video for “DRVN’.” Check it out below, along with the video for “Energy Flo”!