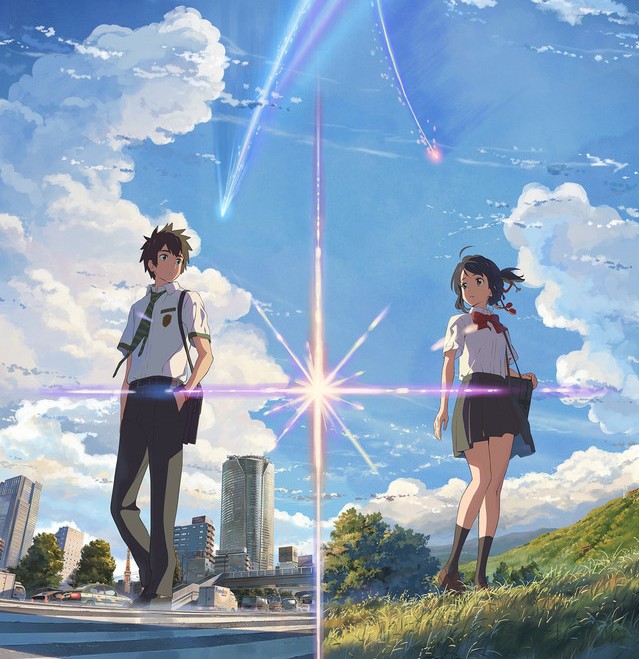 Well-known rock band RADWIMPS have just announced that they will be releasing a brand new album on August 24th, their first such release since 2013’s “Batsu to Maru to Tsumi to”.  Unlike their past albums however, the majority of this record will be instrumental as it will also serve as the soundtrack for Makoto Shinkai‘s upcoming animated feature “Kimi no Na wa.”, with which the album will share a name.

That said, 4 of the album’s 26 tracks will include vocals:  “Zen Zen Zense”, “Sparkle”, “Yume to Urou”, and “Nandemo Naiya”.  Furthermore, “Kimi no Na wa.” will be released in two different versions – a regular CD-Only edition and a special Limited Edition that will include a DVD which contains an pair of interviews with Shinkai and RADWIMPS, footage of the band’s visit to the animation studio, a look at the environment in which the album was recorded, and a series of solo piano performances carried out by singer Noda Yojiro, as well as a booklet that will include artist photos and a piano score for several of the songs on the release.

Information on the album’s actual track list has yet to be published, so expect additional updates on this release as more details become available.