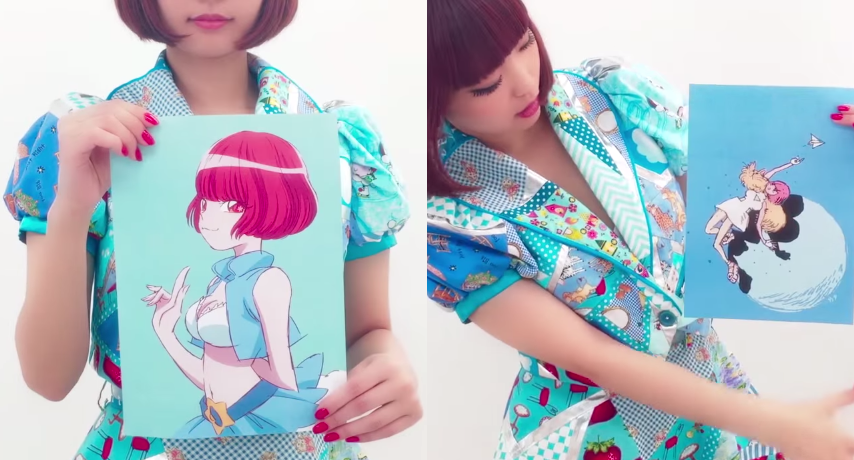 Electro-pop fairy queen Yun*chi recently released her anime theme song cover EP, Ani*Yun~anime song cover~, on April 15th. To promote the release, a contest was held to receive fan art submissions to be used in a short PV for her cover of “Kimi ni Todoke” from the anime of the same name. The PV has been completed and released, showcasing the talents of Yun*chi’s modest worldwide following. Watch it, along with the illustrated PV for her “Catch You Catch Me” cover, below!

Catch You Catch Me (theme from Cardcaptor Sakura)

Yun*chi has also announced a new single for July. Titled “Lucky Girl*”, it will be produced by Taku Takahashi from m-flo and serve as the opening theme to anime Wooser’s Hand-to-Mouth Life. Details are to be released soon.