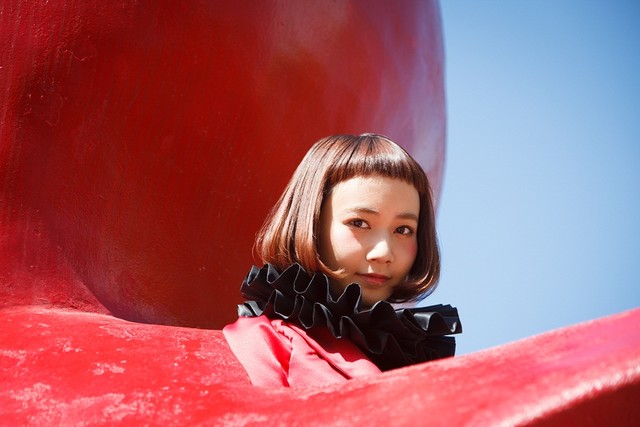 On September 16, Natsume Mito is set to release her second single, “8-Bit Boy.” The song will serve as the theme song for the Japanese release of the movie “Pixels”, starring Adam Sandler and Kevin James. The movie opens in Japan on September 12. As with her previous works, this single is written and produced by Yasutaka Nakata. “8-Bit Boy” will also include Natsume’s recent digital single “Watashi wo Fes ni Tsuretette”, as well as a remix of her debut single “Maegami Kirisugita” done by Nakata.

Keeping with the video game theme of “Pixels” and the song’s title, Natsume can be seen on the cover of the single’s limited edition wearing a custom 8-bit wig. The limited edition comes with a 32 page booklet that depicts Natsume in a world that is cross between the real world and a video game.

Natsume recently released the short music video for the song. It features footage from the movie. Check it out after the jump, along with the covers and tracklist for the single.