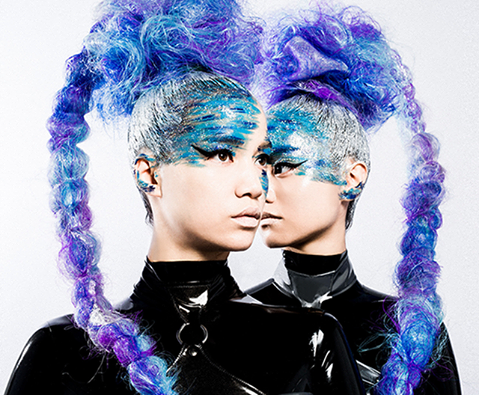 Electropop mannequin duo Far East Mention Mannequins, frequently known as FEMM, is releasing a new single featuring American singer LIZ titled “Do It Again”. This will be their first new track since their lastest Double A-Side single “Neon Twilight / Countdown”, even though fans have also had the opportunity to see their contribution to “animus”, recently released by the super-group FAMM’IN. The teaser is pretty scarce in details, as the only information they have revealed is the fact that LIZ is involved in the song, the title, “Do It Again feat. LIZ”, the fact that it’s gonna be released on this year and the concept of its MV: Fake 3D!

That’s not all, as hard fans of FEMM will remember that when the Mannequin Challenge boom occurred last year, FEMM were quick to state that there was no one better at that game than then, using what now appears to be the recording session for the MV as the stage for their Mannequin Challenge. You can listen to almost one extra instrumental minute of the song in the clip! Check both the new teaser and the old Mannequin Challenge just after the jump!