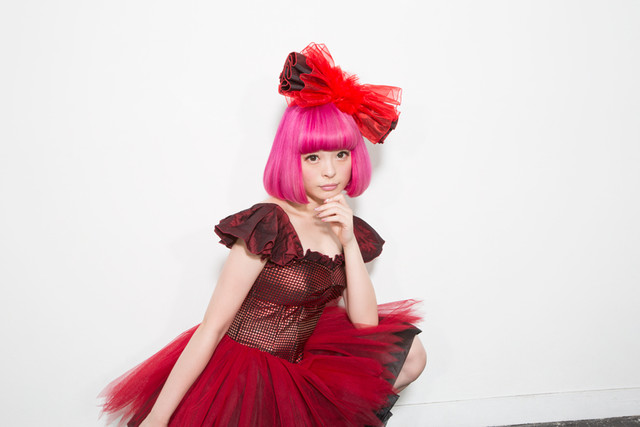 On September 2, Kyary Pamyu Pamyu will release her new single, “Crazy Party Night ~Pumpkin no Gyakushuu~.” It is a Halloween-themed song. It serves as the theme for her upcoming tour “Kyary Pamyu Pamyu JAPAN HALL TOUR ‘Crazy Party Night 2015’.” The single’s B-sides have tie-ins as well. The first B-side, “No No No”, is the CM song for Glico’s Ice no Mi. Next comes “Oshiete Dance Floor”, which was used in a commercial for Sharp Aquos 4K televisions. The last B-side is “Kimama”, which is the CM song for Nintendo 3DS game “Tobidase Doubutsu no Mori.”

The limited edition of the single comes with a DVD featuring footage from a special live from this past April that was filmed by NHK. It was filmed in 8K Super Hi-Vision.

The covers for this single were designed by Steve Nakamura. They feature Kyary as a toy. See them after the jump along with the single’s tracklist and the commercials mentioned above!

CM featuring “No No No”