Up-and-coming pop/mixture rock band King Gnu have announced that they will be making their major debut with Sony Records’ Ariola Japan label early next year.  Their first release under this new contract will be a full-length album, titled “Sympa,” currently set to be released on January 16th.

“Sympa” is the group’s second studio album, coming roughly a year and a half after the release of “Tokyo Rendez-Vous,” and will include their previously released tracks “Flash!!!,” “Prayer X,” and “It’s a small world.”  The record’s lead track, “Slumberland,” will be released as a digital single in December.

You’ll find the cover and complete track list for “Sympa,” plus the recently revealed PV for “It’s a small world,” right after the jump. 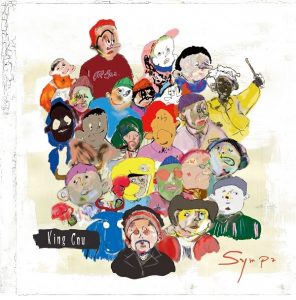