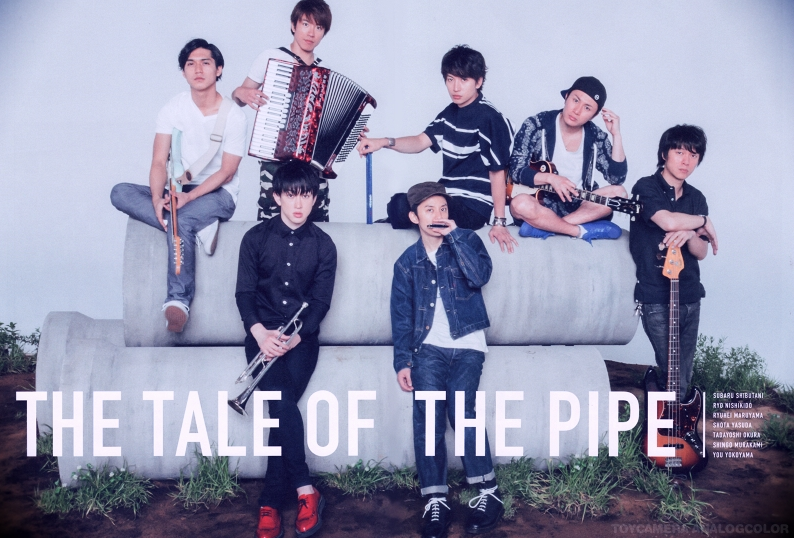 As previously announced, Kanjani8 will be releasing their new album with the theme of “energy!”, Kanjani8 no Genki ga Deru CD!! on November 11.

The full song of Nantoka Naru Sa provided by KANA-BOON has been previewed, as well as the new song Katte ni Shiagare provided by OKAMOTO’S. Kanjani8 member Maruyama Ryuhei played the main bass for the recording of the new song while OKAMOTO’s Hama played support.

In addition, the group will be releasing their new single “Samurai Uta” on December 2. The song is currently used as theme song for Nishikido Ryo’s drama “Samurai Sensei”. Rekishi (Ikeda Takafumi) produced the song, a straightforward love song that focuses on earnest and faithful feelings which are on the brink of being forgotten in modern times, the feeling of single- mindedly waiting to go out to battle and the power of the words “welcome home”.

Check out the latest previews of Nantoka Naru Sa, Katte ni Shiagare and Samurai Uta below.