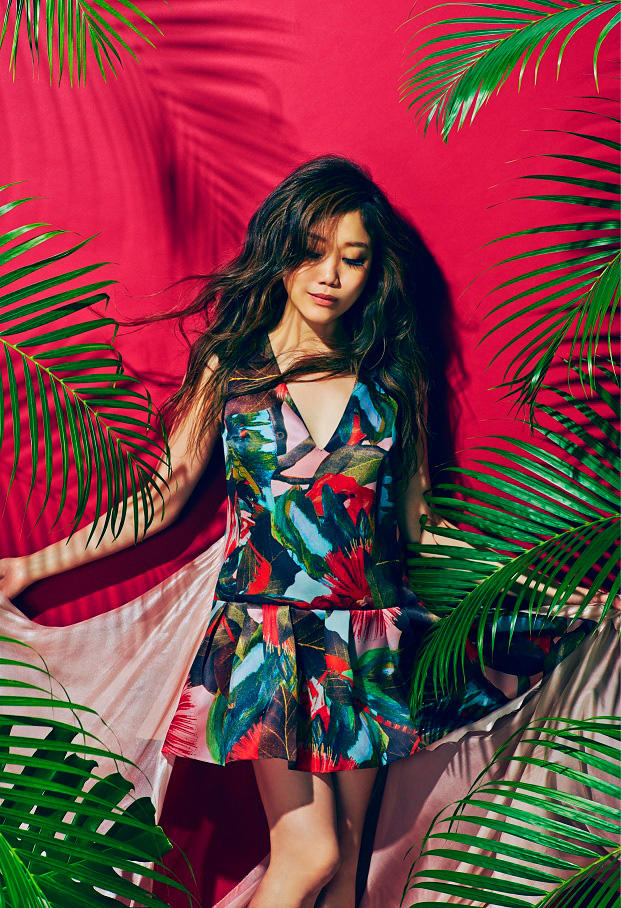 On July 8, JUJU is set to release her new single, “PLAYBACK.” “PLAYBACK” is a summer dance song which sees JUJU teaming up with producer UTA. UTA has worked with many people in the industry, including Arashi, Koda Kumi, Daichi Miura, and AI. The single’s B-side, “Eternally”, is tied in with the 10th anniversary of Konica Minolta Planetarium “Manten.” The other B-side is a cover of the Frankie Valli classic “Can’t Take My Eyes Off Of You.” The limited edition of the single comes with a DVD which contains footage from JUJU’s tour from last year. JUJU released a video teaser for “PLAYBACK” today. An interesting thing about the teaser is that it is creatively subbed in English. It can be seen after the jump along with the single’s cover and tracklist!