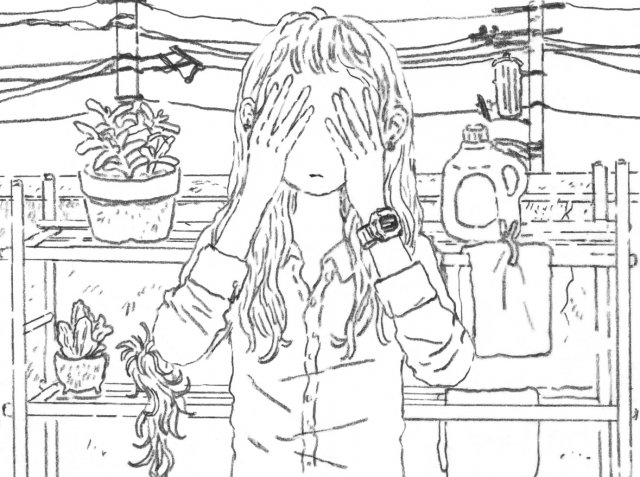 On November 4, Izumi Macra releases a new single titled “P.S.” It consists of 7 songs: 2 original songs and 5 remixes. The original songs are produced by nagaco and Metome. The remixes are by Qrion, Franz Snake, Taka no Me, Madegg, and Kumo no Sumika.

Today, Macra released the music video for the nagaco-produced “P.S.” The clip was created by Fujishiro Yuichiro, who has previously worked on videos by Suiyoubi no Campanella. The video consists of real life imagery mixed with animation by Oshima Tomoko. Tomoko regularly works with the mysterious Macra, who keeps her identity a secret and whose only public image is Tomoko’s drawings. The music video is meant to conjure nostalgic feelings for the city. Check it out after the jump!