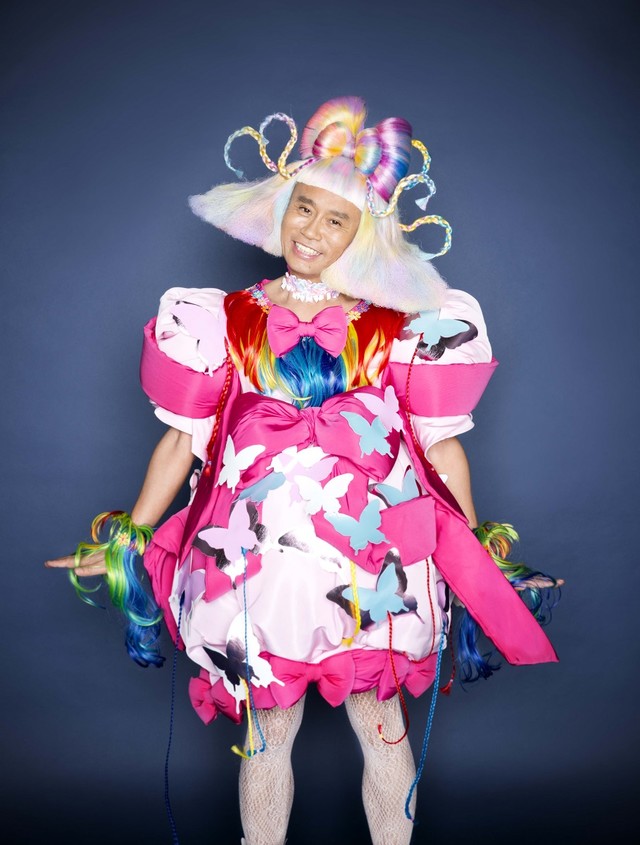 Hamada Masatoshi, half of comedy duo Downtown, has a character named Hamada Bamyu Bamyu. This Kyary Pamyu Pamyu parody character came about as part of an idol creation project on Downtown’s Nippon TV show “Downtown no Gaki no Tsukai ya Arahende!!” Last month, 2 integral members of Kyary’s team appeared on Downtown’s show, her producer Yasutaka Nakata and her art director Masuda Sebastian. On the show, they announced that they would be working with Masatoshi on Hamada Bamyu Bamyu’s musical debut.

Hamada Bamyu Bamyu will make make her musical debut on December 16 with the single “Nandeya Nennen.” The song was written and produced by Yasutaka. The song is described as humorous and charming. Sebastian created the colorful, kawaii imagery for this release. The single is released digitally on November 23, and will later be available digitally in 110 countries around the world. Ahead of the single’s release, Hamada Bamyu Bamyu will be performing on Best Artist 2015 on November 24.

Today, a portion of the music video for “Nandeya Nennen” was shown on “Downtown no Gaki no Tsukai ya Arahende!!” Check it out after the jump, along with the single’s cover and tracklist!