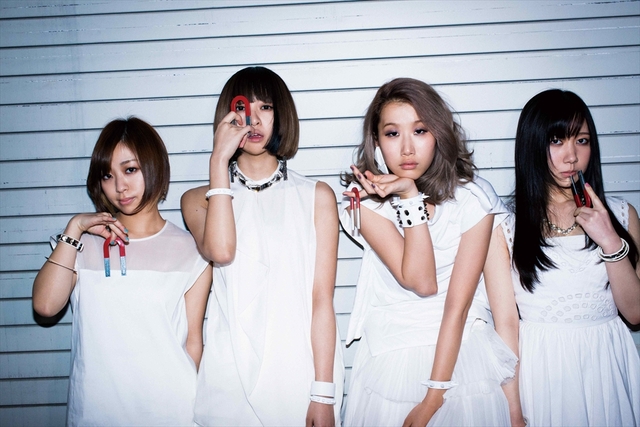 Yesterday at the live event ‘Early Summer in AKASAKA 2014’, girl band Akai Ko-en revealed their 2nd album ‘Mouretsu Ritomikku‘ (Ferocious Eurhythmics) will be released September 24th. Their music is a blend of shoegaze and melodic pop with a touch of ferocious hardcore and noise, so this title is definitely fitting for them.

On their official YouTube channel, the group also uploaded a teaser for the lead track ‘Cider‘ due for digital release July 30th.

Akai Ko-en is a four member band from Tokyo under EMI Records. They formed in 2010 and began working on self-produced songs that eventually landed them a touring gig in Canada, allowing them to perform in front of foreign crowds of over 3,500 people. They have written and composed songs for acts like Babyraids, Shiho Nanba, and SMAP.