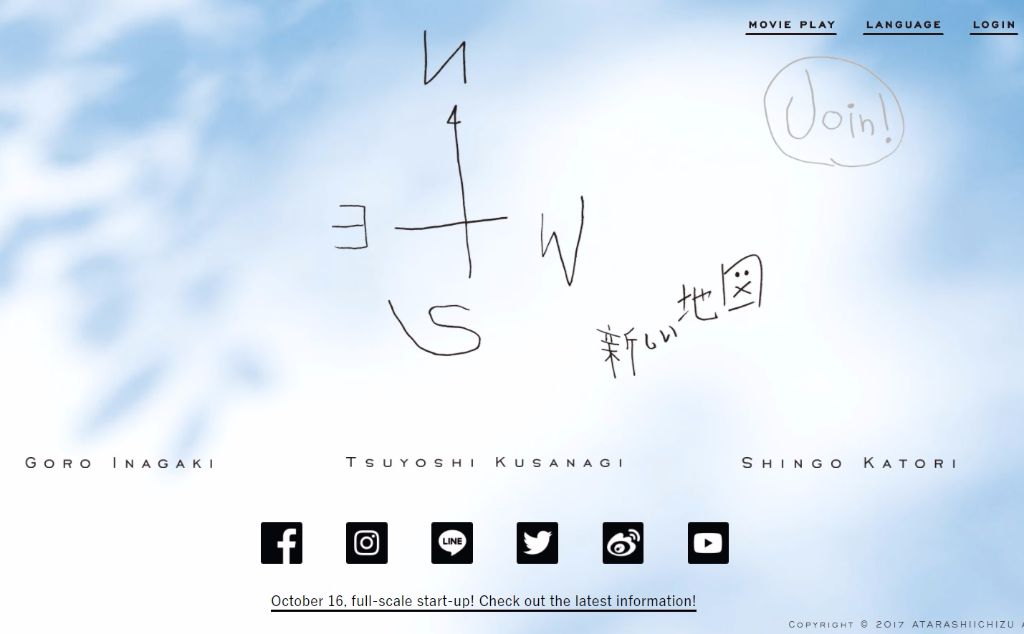 Last year, SMAP disbanded after being together for over 20 years. On September 8, Inagaki Goro, Kusanagi Tsuyoshi, and Katori Shingo left Johnny & Associates. That trio has now launched a new fansite titled “Atarashii Chizu”, ran by the management company Culen.

Upon going to the site, it’s very noticeable that this trio has stepped into the present, leaving behind the dinosaur days of Johnny & Associates. This group will have its own accounts on FaceBook, Instagram, LINE, Twitter, Weibo, and YouTube. And not the only is the page available in Japanese, but also English, Chinese (Simplified and Traditional), French, and Korean. The site also features links to join the trio’s fanclub, which is accepting members from all around the world, not just Japan. Joining the fanclub will keep members in the know about the trio’s future activities, which are said to launch on October 16.

In addition to the “Atarashii Chizu” site, a video was released on YouTube today. In the clip, men and women from around the world are shown walking. Messages are also shown, which are translated as “Let’s run away,” “From things that tie you down,” “Let’s go beyond borders,” and “We love freedom and peace, armed with ideas and charm.”

Check out the video and site below!