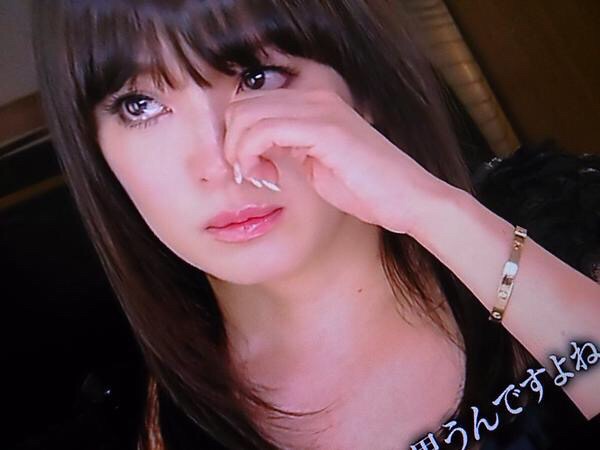 Last week, Ayumi Hamasaki was featured on NHK Songs. Her appearance has turned into yesterday’s number one topic on Girls Channel.

Even though she moved to the USA in 2013, Ayumi Hamasaki shifted the center of her activities back to Japan last year.

She opened up about the reason for that, “What I understood as soon as I left Japan was, that I left behind, or how should I put it…”

She started crying in front of the camera and continued, while wiping off the tears from both of her eyes, “I deserted everyone who was there for me all this time.

I was acting for my own convenience and because of my frailness and such, I became miserable, became sad, reflected on myself and came to repeat this process over and over again in LA. I thought that this could not go on and that I had to go back home to Japan.”

“She unashamedly made her former residence, which was garnised with “A” marks all over the place, public and every time she changed lovers, she would assemble the media and announce her arrival at the aiport beforehand.

During interviews, Hamasaki would mix in English words like “vibes”, “chemicals” and speak up in a positive manner.

But this time, we see a character change with a tearful performance that’s full of self-complaint. However, the wailing she showed on “NHK SONGS” isn’t becoming much of a topic after the show has aired last week.

Furthermore, there are voices like “I liked Ayu as a ‘former star'” or “She’s drawing her fans too close”. We are anticipating to see if this character change has an effect on her CD sales and if she’ll be able to bring back the fans that went away.” (Media insider) How is this outburst of negative comments going to affect the sales of her mini album sixxxxxx? Tell us in the comments below.