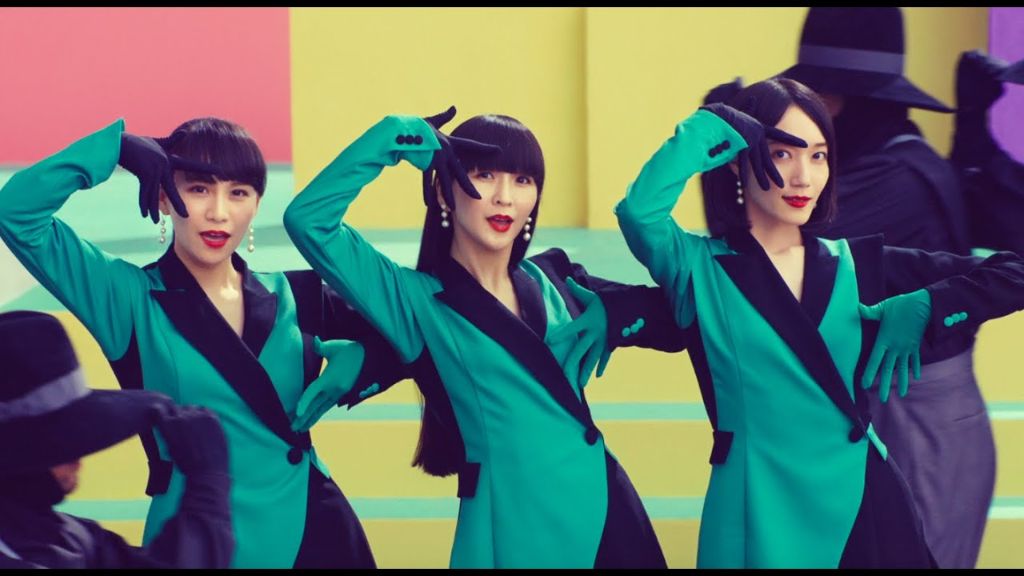 Girl group Perfume debuted the MV for their latest single “Time Wrap” last week, but to the dismay of many J-pop fans it was the dreaded “short ver.” Luckily, not too long ago the girls announced that the full MV would be making it’s YouTube debut very shortly!

The MV takes place in a vibrantly colored space with, the members of Perfume interact with shadowed men who also serve as backup dancers. “Time Warp” was directed by Yusuke Tanaka who has previously worked with Namie Amuro, Kyary Pamyu Pamyu, and CHAI among others.

Tanaka also previously worked with Perfume for 5 other MVs including “Spring of Life” and “Spending all my time”.

“Time Warp” is one of the many celebratory releases to honor the groups 20th and 15th anniversaries. 20 years ago Perfume was officially formed, and 15 years ago they made their major debut with the single “Linear Motor Girl“.