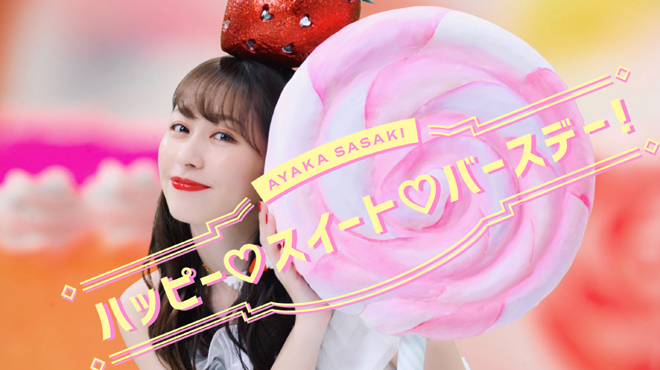 Momoiro Clover Z member Ayaka Sasaki has released the MV for her new track “Happy♡Sweet♡Birthday“, it will serve as the lead promotional song from her debut solo album “A-rin Assort“

“Happy♡Sweet♡Birthday” was released digitally back in June to celebrate Sasaki’s actual birthday. Officially described as a good ol’ fashioned “idol song”, in the MV Sasaki plays the role of a “cake fairy”. Sasaki and various other characters create their own birthday parade. While there is a focus on “idol” visuals, there’s also scenes that reflect the adult side of Sasaki. In June she turned 24-years-old.

“A-rin Assort” will be released on July 8th, 2020. It will be available in a CD only and limited edition CD+blu-ray. 15 tracks will be on the album in total, with the limited edition coming with a 40-page special magazine.