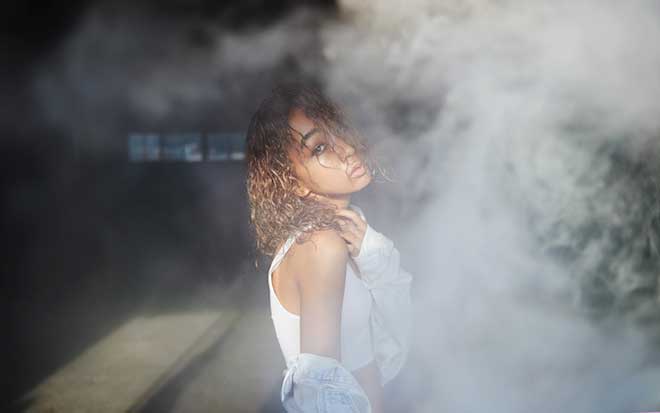 On September 16, Thelma Aoyama will release her new mini album, “GRAY SMOKE.” Today, she released the short music video for the mini album’s opening track, “stay.” The song sees her collaborating with Shota Shimizu. In the clip for the ballad, a stripped down Thelma can be seen in a natural look, wearing underwear. She’s in a smoky room which has different scenes projected on its walls. Check it out after the jump!