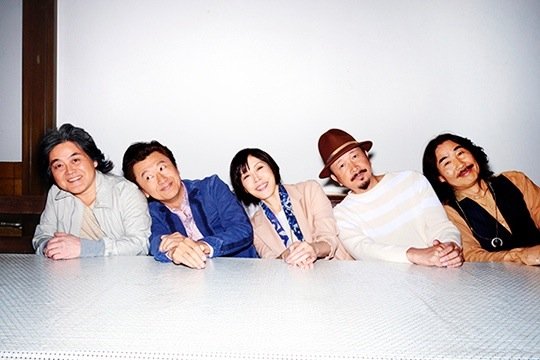 Famous pop-rock band Southern All Stars have spent the past several months gearing up for the release of “Budou”, their first new album in almost a decade.  Now the group has decided to publish the music video for the first of the album’s lead tracks, “Aloe” to their official Youtube channel.  The PV for this disco-influenced song finds singer Kuwata Keisuke in his infamous dandy persona, cutting between various different sets in what might even be called a psychedelic manner.

In the same press release, the band also detailed the final piece of memorabilia that is going to be attached to the Limited Editions of their upcoming album.  Both the Limited A and the Limited B variant of the release will come with a special Bonus DVD which will include live footage from their New Year’s Eve concert.  There will be four songs recorded in total:  “Peace & Hi-lite” and Tokyo VICTORY” (from Kouhaku Uta Gassen), and “Tengoku on the Beach” and “Eikou no Otoko” from the encore following these the first two performances.  In addition, the DVD will also include a special Making Of video for the concert itself courtesy of WOWOW.

Feel free to take a look at the PV for “Aloe” right below the cut, and be sure to keep looking forward to the release of “Budou” at the end of the month.