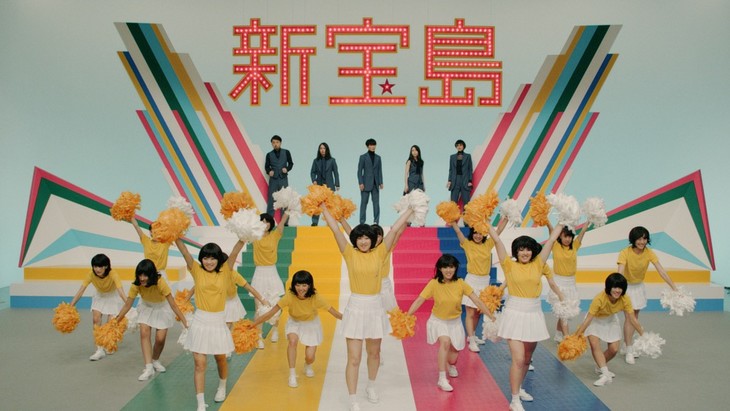 On September 30, Sakanaction will release their new single “Shin Takarajima.” It serves as the theme song for the movie “Bakuman.” The band has now released the video for the song. The clip was directed by Tanaka Yusuke, who has directed previous music videos for Sakanaction, such as “Yoru no Odoriko”, “‘Bach no Senritsu wo Yoru ni Kiita Sei Desu.'”, and “Sayonara wa Emotion.” The music video for “Shin Takarajima” pays tribute to the music and variety shows of the Showa era (1926 – 1989), more specifically the 70s and 80s. Check out the humorous clip after the jump!

Someone on Twitter found the inspiration for the video: