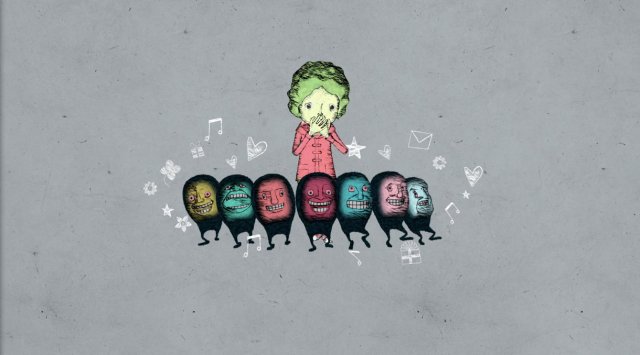 As reported previously, alt. rock band plenty will be releasing a new mini-album titled “Sora Kara Furu Ichioku no Hoshi” this week on November 5th, their first release since becoming a 3-member group again.  Now, the band have published the music video for the lead track off of said release, “Ikiru Sainou”.

The PV is an impressively expressive animated affair which appears to chronicle a young boy’s inner struggles made manifest, focusing particularly on the ideas of anguish and human sexuality. This excellent PV was directed by artist Atsushi Tani, who has worked with plenty in the past on their music videos for “Hito to no Kyori no Hakari Kata” and “Sora ga Waratteru”.

Check out the music video for “Ikiru Sainou” just below the cut and look forward to the rest of the mini-album releasing later this week.