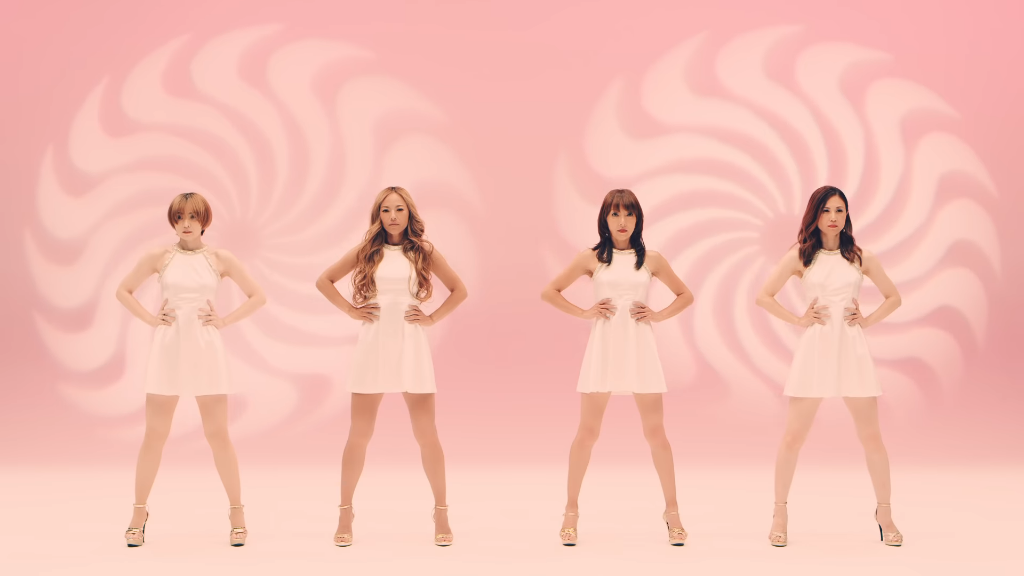 Four-member diva group MAX are showing no signs of stepping out of the spotlight! Next year will mark their 25 year anniversary as a group.

On July 25, MAX held a commemorative event for the first time in four years with a new song “Parthenon“.

Original group member REINA, who went on maternity leave in 2011, finally returns to stage with her group mates in her first promotional activities in 9 years. Her last release with the group was the single “CAT’S EYE” in May 2010.

In 1995, MAX stepped out the shadows of Namie Amuro as her backup dancers and shot to stardom with the release of their third single “TORA TORA TORA” the next year.

As part of their marketing, MAX took on the slogan “’95 Pink Lady“, positioning themselves with the popular duo known for their iconic “telepathy” dances, setting themselves apart from their contemporaries while focusing on high impact choreography and a sexier, more adult image.

“I want to go beyond DA PUMP,” says LINA.

DA PUMP released an unexpected hit with the Euro-beat smasher “U.S.A.” in 2018, repeaking over 20 years into their career. The two groups debuted just one year apart and are some of the few groups who have stood the test of time together.

Hoping to achieve the same success and more, MAX went as far as getting the same lyricist as “U.S.A.”—shingo.—who they have also worked with in the past.

MAX will release their 34th single “Parthenon” on June 26.

MAX will follow up their third remix compilation album released in 2008 with updated mixes of old hits. “New Edition II – Maximum Hits –” will be released on July 31.