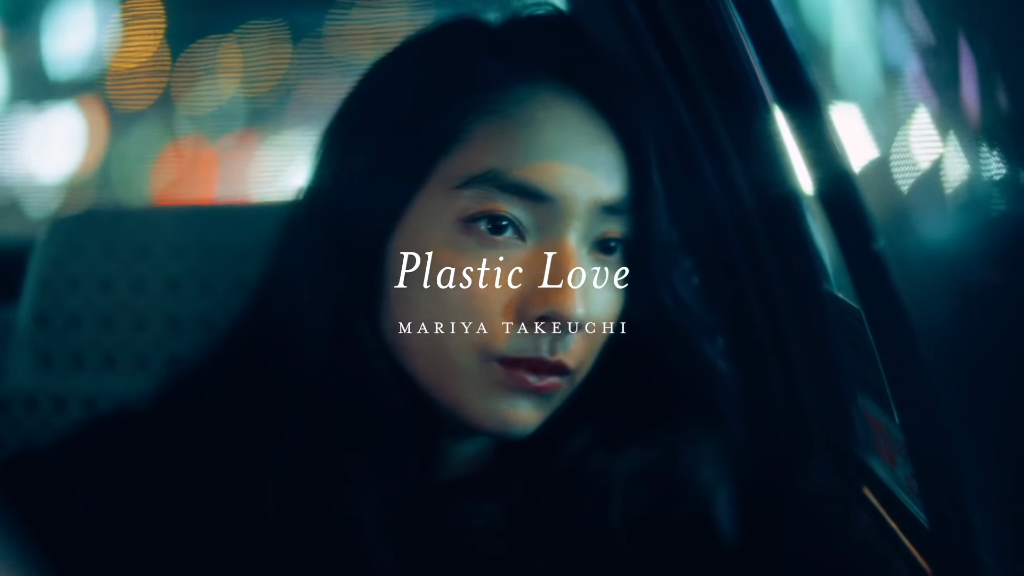 The song is from Takeuchi’s 1984 album “VARIETY“, and was one of the most successful albums of her career, reaching #1 on the Oricon album charts. An extended club mix of “Plastic Love” was released as a single on March 25, 1985, reaching #86 on the Oricon single charts.

In recent years, the song unexpectedly helped welcome a revived interest in the city pop genre internationally. The fan-uploaded audio video of “Plastic Love”—paired with the still image from her “Sweetest Music / Morning Glory” single—crept into YouTube recommendations of people worldwide, stacking up 24 million views by the time it was taken down late last year due to a copyright dispute with the photographer. This past week, the video was reinstated.

This new music video was directed by Kyoutaro Hayashi, who visualizes the world of “Plastic Love” with his own interpretation, celebrating the era the song is a product of.

Mariya Takeuchi will release a 3-disc, 62 track compilation titled “Turntable” on August 21, 2019 to commemorate the 40th anniversary of her career.